Create a Green Plastic Bag, Save the Planet 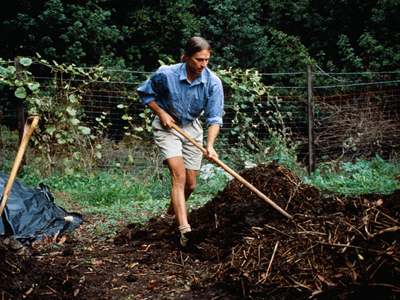 Since it's an organic material, PLA can be composted.
Doug Menuez/Getty Images

It seems like a pretty simple proposition: Create a biodegradable plastic bag, help save the planet. The problem is that it's trickier than it sounds. Major companies depend on plastics to keep their products from being crushed during transport, to keep food fresh and to create a generally durable product. As far as the uses for plastic goes, the petroleum-based plastic we've come to depend on since the early 20th century is tough to beat.

However, the popularity and dependability of plastic has done little to thwart the efforts of some plastic manufacturers looking for a way to make a durable product that's also sustainable. The company leading the charge is Natureworks, a Minnesota-based company that manufactures plastics made from a biopolymer called polylactic acid (PLA) that's derived from corn. This corn-based plastic -- called Ingeo -- uses starches from corn that break down much more easily than petroleum-based plastics. The degradation process is organic enough that products made from PLA can be composted with other organic materials like leaves and grass clippings.

To produce PLA, starch is extruded from corn meal, which results in a simple starch called dextrose. Dextrose is a type of glucose, which is a simple sugar that plants produce during photosynthesis. With the active ingredient in corn starch isolated, the dextrose is put through a fermentation process similar to the one used to make beer. Instead of alcohol, however, the dextrose is converted into lactic acid -- the same stuff that makes your muscles cramp when you exercise without proper hydration. Heat is applied to the lactic acid polymers, causing them to link together and form a long chain that ultimately becomes the material used to make many corn plastic products.

What sets corn plastic apart from petroleum-based plastic is that the process used to make it can also be reversed when the plastic finds its way into a compost heap. Fungi and bacteria found in soil get to work breaking down PLA into its basic parts. Under the proper aerobic (oxygen-rich) conditions, with heat and moisture, PLA will compost like any other organic material. The microorganisms found in compost consume the corn plastic and break it down into humus, a nutrient-packed, soil-like substance that acts as natural plant food. The waste products are carbon dioxide and water.

Some types of corn plastic are easier to break down than others. When corn chip maker SunChips signed on to roll out all PLA bags made with Ingeo biopolymers, the company tested the compostability of the bags it will introduce in 2010. They found that in optimal compost conditions -- like those found in a professionally-maintained commercial or municipal compost heap -- the SunChips bags made from PLA did indeed break down into humus. Even better, the bags composted in a home compost pile that was properly maintained, with moisture, air and steady heat of at least 131 degrees Fahrenheit (55 degrees Celsius). The process took between 12 to 16 weeks [source: Sun Chip].

If you're eating SunChips in 2010, think twice before tossing the empty bag in the garbage. By then, you should be able to compost it. Hopefully, other companies will soon follow.

It's Not Easy Being Green