To help combat the pollution that has resulted from China's modern industrial boom, an environmental monitoring station in the nation's Guangdong province is turning to an ancient method of detection -- the human sense of smell. Twelve trained professionals have spent their time in laboratories, exposed to a variety of noxious gases that plague the town of Panyu -- due to its plentiful factories and garbage dumps -- in an effort to detect scent profiles.

In this article, we'll learn about how the nose and the human brain detects and differentiates between smells, builds scent profiles or memories, and how scientists are using electronic devices and robots in artificial olfaction.

In 2006, a World Bank pollution survey showed that, of the 20 most polluted cities in the world, 16 are in China. The pollution is taking a toll: more than 300,000 people in the increasingly industrialized nation are estimated to die each year from complications arising from poor air quality. Compounding this situation is the discovery of a much more deadly form of pollutant -- ultrafine particles. These particles are much smaller and more difficult to detect than other pollutants, have even more of a negative health impact as air quality worsens, and may even cause heart disease, among other health problems [Source: CNN].

Liu Jingcai, the smelling team's leader and vice director of the monitoring station, told the China Daily newspaper that the training hasn't exactly afforded the team members a chance to use their olfactory skills to stop and smell the roses. "The work is quite unpleasant," said Liu. "We have to stay in a lab smelling those awful gases repeatedly [Source: China Daily].

Team members have been trained to distinguish between the smells of harmful environmental pollutants and simply objectionable, but harmless, odors. They have at their disposal sensitive electronic equipment (more on that coming up) that can detect the density of harmful gases in the air. But the Chinese sniffers have one distinct advantage over the machines: Humans can not only detect noxious gases, we can also display physical reactions to them, making the gases' presence in the atmosphere that much more apparent.

Since our sense of smell reduces in sensitivity as we age, the professional sniffing team will undergo recertification every three years to make sure its members still possess optimal smelling skills.

But as they walk around Panyu in search of pollutants, how exactly will the team be able to single out the smells they encounter? In the next section, we'll find out how the human brain sniffs out the differences.

We may take our sense of smell for granted, but exactly how we smell is a topic of great debate and research among neurologists and physiologists. Science has a pretty good handle on exactly how the process of smell takes place once the smell passes the olfactory receptors -- it's the beginning and end of the process that has researchers stumped.

For many years, scientists have known that the different nerves that make up the olfactory bundle are specialized. They each respond only to the types of molecules they are designed to interact with. Imagine a bank of mailboxes in front of a post office: one is for metered mail, one is for local mail, and one is for out-of-town mail. Each is still a mailbox, and each accepts mail, but their individual purposes are to route a specific type of mail to a specific location, much like the nerves in olfactory bundles being routed to a specific molecule receptor.

But science is still searching for an answer to exactly how the responses among specialized receptors are triggered. What initial process takes place to allow the professional sniffers to be able to tell the difference between smells?

Any molecule, as long as it is volatile (meaning it will evaporate at around room temperature), has the potential to be an odorant, or a molecule we can sense through smell. Once an odorant binds to the receptors in a nose, the molecule's potential as an odorant becomes realized. The most widely accepted theory has been that each of our approximately 350 olfactory receptors have certain structures that can be activated only by certain types of molecule, based on the molecule's shape. But this lock-and-key theory [Source:Neurophilosophy] has one major logistical problem: there are molecules with the same shape and structure that have totally different smells.

Newer research suggests that the interaction between odorants and their olfactory receptors is based on a much more sublime physical process. Rooted in quantum physics, this recent theory says that the interaction is based on the reaction caused in the receptors by the vibrations of an odorant molecule's atomic structure. The receptor reacts to the vibrations of the molecule, and this response triggers the transmission of smell information along the olfactory system. Presto! The Chinese sniffer can root out a harmful chemical.

But this only explains how we interact chemically with smell molecules. Most of the odors we know are made up of combinations of odor molecules. So how do we create our perception of odors -- whether they are "good" or "bad" odors -- and, ultimately, how can a sniffer tell the difference between one odor and another?

It is becoming clearer to researchers that the processes of detecting smells and perceiving smells in our brain may differ. One study from Northwestern University has concluded that the structure of a smell molecule does not necessarily affect the odorant coding that takes place in the brain. Odorant coding is the term for how our brains classify smells into different categories. The researchers found that it may be a combination of different processes working in conjunction that allows this odorant coding to take place.­

These same researchers have also determined that our codified smell memories, or smell profiles created from exposure, can change when we encounter new or additional information about a smell [Source:­ ­Northwestern University]. For example, smelling a ­gardenia blossom once may create a scent memory that can be triggered when we see a gardenia plant from afar, but successive sniffs of a gardenia can clarify and add complexity to our original impression of the flower's scent.

In the next section we'll look at the effects of pollution sniffing on humans.­

The Effects of Pollution Sniffing

Most of us aren't paid to detect pollutants with our noses. We generally learn about the smells of our environment through casual exposure over time. But the Chinese government's approach to training its sniffers is more aggressive and focused. By exposing the team members to the smells in a lab over long periods of time, the sniffers' ideas of a smell become refined more quickly, similar to a wine connoisseur detecting the notes, or scent profiles, of a glass of Chardonnay.

The Northwestern researchers showed that this kind of exposure creates a more sophisticated sense of smell for scents in the same family. Prolonged exposure also creates a more intense reaction to a smell. For example, if the Chinese sniffers had been exposed to sulfur for long periods of time, it would be easier for them to tell the difference between different types of sulfuric compounds. In turn, this would make them better at their jobs.

But sniffing sulfur and other noxious chemicals can be extremely harmful to the health of human beings. So, while the Chinese are employing humans to find pollution, scientists in other parts of the world are looking to technology in the form of electronic instruments.

The elephant in the room concerning the Chinese pollution sniffers is that those sniffers are humans. This means that their work will encounter two problems. The first is that their sense of smell will deteriorate over time. The second is that they inhale harmful chemicals for a living. The first problem can be overcome by recruiting replacement sniffers, but the second problem could lead to health issues and even death for the sniffers.

In the next section, we'll look at how robots and electronic devices are being used in artificial olfaction.

We saw earlier that China's human sniffers have an advantage over sensitive electronic instrument: as humans, we have physical reactions that corroborate the existence of pollutants. But using electronic instruments eliminates the need to expose humans to harmful pollutants. To this end, science is seeking new ways of using technology to find pollution and determine its concentration.

NASA has developed its third-generation Electronic Nose (ENose) device. The space agency's Jet Propulsion Lab (JPL) created the device to help detect ammonia leaks aboard the space shuttle. NASA uses ammonia as a heat conductor in the plumbing of the shuttles. Ammonia can be fatal if one is exposed to it in a gaseous state, and if it leaks, it would mean doom for the astronauts. To fend off a disaster like this, the ENose is being developed for use in space to detect leaks like this early on, before the gas's concentration reaches a deadly level.

The ENose is based on the structure of the human olfactory system. The device uses polymer films to detect and react to molecules, much like the tiny, hair-like receptors on the ends of our olfactory nerves. These reactions are then interpreted by the machine.

An article on the ENose featured on NASA's Web site reports that the device is so sensitive that it can smell an electrical fire before it breaks out and can differentiate between Coca-Cola and Pepsi [Source:NASA]. Even the Chinese sniffers would have trouble doing that.

Back on Earth, slightly less sophisticated technology than the space shuttle is being used for a device similar to NASA's ENose. Robotic dogs, the once-popular kids' toys that can walk, sit, stay and bark, are being retrofitted with new chips that allow the canines to sense volatile compounds in traces as little as 100 parts per million in a project called the Feral Dog Project.

The brainchild of Natalie Jeremijenko, a San Diego State University professor, the project began as a way not only to sniff out pollutants safely, but also to raise awareness of the environmental hazards that these pollutants pose. The project has taken off, with retrofitting labs cropping up around the country in Idaho, New York and Florida.

But the sensors used in the Feral Dog Project have a long way to go before they catch up to the ENose. While the robotic dogs' sensors can pick up compounds in 100 parts per million, ENose sensors are capable of detecting as little as one part -- that's just one molecule -- per million.

For more information on the Feral Dogs Project and a video featuring a robot dog release, check out the links on the following page. 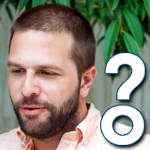 Stuff You Need to Know