Back in 1958, Americans were worried that the Soviet Union, which had launched the Sputnik satellite into orbit the previous year, would attain superiority over the U.S. in the then-unfamiliar realm of outer space. As U.S. senator and future President Lyndon Johnson proclaimed, "Control of space means control of the world" [source: Wasser].

The U.S. Army and the Air Force, which both had experience with missiles, were eager to take on the challenge. But in the end, Congress and President Dwight D. Eisenhower decided to create an entirely new civilian agency — one that would take the lead in everything from developing spacecraft capable of transporting humans into space to studying Earth's own atmosphere from above.

In the spring of that year, President Eisenhower sent draft legislation to Congress to establish a new organization, the National Aeronautics and Space Agency. But at the urging of a Congressional aide named Eilene Galloway, the name in the bill was changed to the National Aeronautics and Space Administration (NASA). That meant that the organization's head would hold the title of administrator, which sounded more powerful. After Congress passed the legislation, it was signed into law by Eisenhower. On Oct. 1, 1958, NASA — with administrator T. Keith Glennan at the helm — opened for business [source: Dick].

In the six decades since that day, NASA has become one of the most admired and celebrated parts of the U.S. government. In the popular imagination, NASA is a brain trust of elite scientists and engineers who create spacecraft capable of exploring the cosmos, along with a corps of highly trained astronauts who embody the American virtues of bravery and resourcefulness.

And to be sure, NASA's accomplishments live up to the hype. In addition to putting humans on the moon and establishing the International Space Station in Earth's orbit, NASA has sent robotic probes to other planets in our solar system, and helped astronomers gaze into the depths of the universe. Beyond all that, NASA also has used its satellites and scientists to help us to better understand our own planet, and done vital work in studying climate change.

In the process, NASA also has also been dealt catastrophic setbacks, including the loss of several spacecraft and their crews in accidents, as well as controversies over its performance and direction. And since the end of its space shuttle program, NASA has had to turn increasingly to the growing private space launch sector to help it achieve its mission.

In this article, we'll look at NASA's history and accomplishments, and how it goes about the job of space exploration. 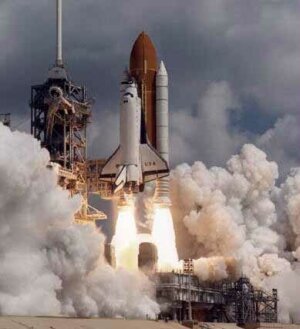 How the Space Shuttle Works