The Structure of the Atom: Early 20th-Century Science

To know the structure of the atom, we must know the following:

Near the end of the 19th century, the atom was thought to be nothing more than a tiny indivisible sphere (Dalton's view). However, a series of discoveries in the fields of chemistry, electricity and magnetism, radioactivity, and quantum mechanics in the late 19th and early 20th centuries changed all of that. Here is what these fields contributed: 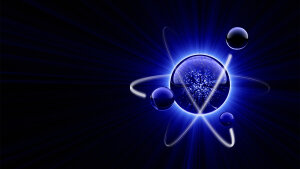