How Exoskeletons Will Work 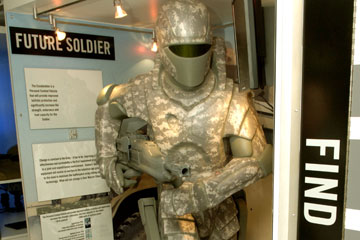 An exoskeleton suit is displayed by the U.S. Army.
U.S. Army

If you're a fan of the "Iron Man" comic books and movies, you're probably fascinated with the powered, flight-capable suit of armor that fictional industrialist Tony Stark puts on when he goes out to battle evildoers. Wouldn't it be great to have one of those around?

You might be surprised to learn that, someday soon, an only slightly less incredible version of Iron Man's suit may enable U.S. soldiers to run faster, carry heavier weapons and leap over obstacles on the battlefield. And at the same time, it'll shield them from the effects of bullets and bombs. The military has been working on the concept of the powered exoskeleton, a technology designed to augment the human body and its capabilities, since the 1960s. But recent advances in electronics and material science are finally making this idea seem practical.

In 2010, defense contractor Raytheon demonstrated the experimental XOS 2 -- essentially, a wearable robot guided by the human brain -- that can lift two to three times as much weight as an unassisted human, with no effort required by the user. Another company, Trek Aerospace, is developing the Springtail Exoskeleton Flying Vehicle, an exoskeleton frame with a jetpack built in, which could be capable of flying up to 70 miles per hour (112.6 kilometers per hour) and hovering motionlessly thousands of feet above the ground, as well [source: Hanlon].

But others besides the military may benefit from the advent. It's possible that someday people with spinal injuries or muscle-wasting diseases may get around as easily as fully-abled people do, thanks to full-body devices -- essentially, wearable robots -- that enable them to do what their own muscles and nerves can't. Early versions of such powered exoskeletons, like Argo Medical Technologies' $150,000 ReWalk device, are already on the market [sources: Argo Medical Technologies, Ugwu].

First, let's look at where the concept came from, and how it has evolved.

The History of Human Augmentation

Warriors have been wearing armor on their bodies since ancient times, but the idea of a body with mechanical muscles appeared in science fiction back in 1868, when Edward Sylvester Ellis published a dime novel, "The Steam Man of the Prairies." The book depicted a giant humanoid-shaped steam engine that towed its inventor, the ingenious Johnny Brainerd, behind it in a cart at speeds of 60 miles an hour (96.5 kilometers per hour), while it chased buffaloes and terrorized Indians [source: Landon].

By 1961, two years before the fictional Iron Man was created by Marvel Comics, the Pentagon had actually invited proposals for real-life wearable robots. An Associated Press article reported on the quest to develop the "servo soldier," which it described as "a human tank equipped with power steering and power brakes" that would be able to fun faster and lift heavy objects, and which would be immune to germ warfare, poison gas and even heat and radiation from nuclear blasts [source: Cormier]. By the mid-1960s, Cornell University engineer Neil Mizen had developed a 35-pound (15.8-kilogram) wearable frame exoskeleton, dubbed the "superman suit" or the "man amplifier," that Popular Science magazine cheerfully predicted eventually would allow a user to lift 1,000 pounds (453.6 kilograms) with each hand. Meanwhile, General Electric developed plans for an 18-foot-tall (5.5-meter) device, the "pedipulator," that would carry its operator around inside [source: Cloud].

Those concepts proved impractical, but the research continued. In the 1980s, scientists at the Los Alamos National Laboratory created a design for something called the Pitman suit, a full-body powered exoskeleton for use by U.S. Army infantrymen. But it stayed on the drawing board. In the 1990s, the U.S. Army Research Laboratory at Aberdeen Proving Ground explored building a suit that actually bore some resemblance to Iron Man's, but that project never got anywhere either [source: Guizzo].

For years, would-be powered exoskeleton makers were stymied by the limitations of technology. Computers were too slow and puny to do the processing required to make a suit respond to a wearer's commands or movements. There wasn't an energy supply that was sufficiently portable, and actuators, the electromechanical muscles that would move an exoskeleton, were just too weak and bulky to work like a human body. Nevertheless, the idea of a mechanized, armored super-soldier was still alluring to Army generals, and scientists and designers continued to toil away at the possibilities [source: Guizzo].

In the next section, we'll look at the progress they've made in solving those problems and developing a practical powered exoskeleton.

An artist's concept of how future soldiers will look when wearing exoskeletal machines.
Photo courtesy DARPA

In the 2000s, the quest for a real-life Iron Man suit finally started to get somewhere.

The Defense Advanced Research Projects Agency (DARPA), the Pentagon's incubator for exotic, cutting-edge technology, came up with the funding for a $75 million program, Exoskeletons for Human Performance Augmentation, to speed things along. DARPA's wish list for a powered armored suit was pretty ambitious: It wanted a machine that would allow a soldier to lug hundreds of pounds of gear for days tirelessly, handle big heavy weapons that normally require two operators, and be able to carry other wounded soldiers off the field on its back. It also wanted the machine to be invulnerable to gunfire, and to be able to jump really, really high. Some researchers dismissed the idea as impossible, but others were willing to think big [source: Mone].

A company called Sarcos -- led by robot-maker Steve Jacobsen, whose previous projects included an 80-ton mechanized dinosaur -- came up with an innovative system in which sensors detect contractions of a human user's muscles and use them to operate a series of valves, which in turn regulate the flow of high-pressure hydraulic fluid to the joints. Those mechanical joints then move cylinders with cables attached to them to simulate the tendons that attach human muscle. The result was an experimental prototype called the XOS, which looked something like a human-insect hybrid out of a sci-fi movie. By 2005, the XOS emerged as the device that was closest to the military's vision, and the project moved to the development stage. Sarcos eventually was acquired by Raytheon, which continued the work [source: Mone].

Meanwhile, other outfits, such as Berkeley Bionics, worked on reducing the amount of energy that artificial limbs require, so that a powered exoskeleton could function long enough in the field to be practical. One mid-2000s design, the Human Load Carrier, reportedly was capable of operating for 20 hours without recharging [source: Mone].

Near the end of the decade, a Japanese company called Cyberdyne developed the Robot Suit HAL, an even more ingenious concept. Instead of relying on a human operator's muscle contractions to move the limbs, HAL incorporated sensors that picked up the electrical messages sent by the operator's brain. Theoretically, an exoskeleton based on the HAL-5 concept would enable a user to do whatever he or she wanted without moving a muscle, simply by thinking about it [source: Cyberdyne].

In the next section, we'll look at the current state of the art in powered exoskeletons, and where the technology may soon lead.

By 2010, the Defense Advanced Research Projects Agency's (DARPA) exoskeleton project had produced some promising technology. Network World reports that current systems, which weigh about 55 pounds (25 kilograms), can enable human operators to carry 200 pounds (91 kilograms) of weight with little or no effort and dramatically less fatigue. Additionally, the latest exoskeletons are quieter than the typical office printer, and can run at speeds of 10 miles per hour (16 kilometers per hour) and perform squats and crawls, in addition to lifting [source: Heary]. Raytheon was so confident of its prospects that, in 2010, it released a video featuring Clark Gregg, one of the actors from the "Iron Man" movie franchise, doing the narration as a second-generation exoskeleton karate-chopped wood, did pushups and lifted weights [source: Weinberger].

Meanwhile, fellow defense contractor Lockheed Martin is working on a rival exoskeleton designed for heavy lifting, with the ability to transfer the weight from heavy loads to the ground through the robotic legs of the lower-body exoskeleton. The company says that the exoskeleton also is able to perform deep squats, crawls and upper-body lifting with minimal human exertion [source: Lockheed Martin].

These exoskeletal machines would also be equipped with sensors and Global Positioning System (GPS) receivers. Soldiers could use this technology to obtain information about the terrain they're crossing and how to navigate their way to specific locations. DARPA is also developing computerized fabrics that could be used with the exoskeletons to monitor heart and breathing rates.

If the U.S. military has its way, it will have throngs of super soldiers that can jump higher, run faster and lift enormous weight by strapping these exoskeletons to them. Even so, it may be a few years at least before real-life Iron Man makes his way onto a battlefield.

Meanwhile, powered exoskeletons may also provide a huge benefit in peacetime as well, since eventually the technology may enable people with spinal injuries or disabling neuromuscular diseases to lead fuller lives. Berkeley Bionics, for example, is testing eLegs, an exoskeleton powered by a rechargeable battery, which is designed to enable a disabled person to walk, to get up from a sitting position without assistance, and to stand for an extended period of time [source: Berkeley Bionics]. 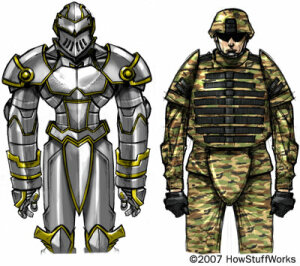 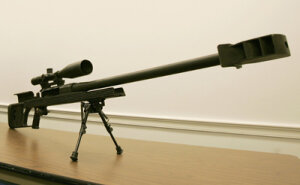