by Carrie Whitney, Ph.D. Jun 23, 2020
Hubble was recently retrained on NGC 6302, known as the Butterfly Nebula, to observe it across a more complete spectrum of light, helping researchers better understand the mechanics at work in its technicolor wings of gas. The star at its center is responsible for the nebula's appearance. In its death throes, it has cast off layers of gas periodically over the past couple thousand years. Space Telescope Science Institute/NASA, ESA, and J. Kastner (RIT)

The Hubble Space Telescope just celebrated its 30th year of revealing stunning scenes and mind-blowing photography from space. And NASA just released more images from Hubble of two young planetary nebulas, which are expanding shells of gas created by dying stars shedding their outer layers. The images provide new insight into the chaos stars can undergo at the end of their lives.

The multi-wavelength images, which were captured by Hubble's Wide Field Camera 3, have astronomers hypothesizing that the Butterfly Nebula (NGC 6302) and one resembling a colorful jewel bug (NGC 7027) are binary-star systems. And the images have allowed astronomers to see how both systerms are splitting themselves apart at a fast space — at least in space time.

Joel Kastner of Rochester Institute of Technology, Rochester, New York, led the study, in which researchers traced the nebulae's histories of shock waves. The findings have led them to suspect that two stars are — or were — circling each other at the center of each nebula, which accounts for the cinched appearance in the center. The recent changes in output could even be evidence of a star merging with its companion star.

"When I looked in the Hubble archive and realized no one had observed these nebulas with Hubble's Wide Field Camera 3 across its full wavelength range, I was floored," Kastner said in a press statement. "These new multi-wavelength Hubble observations provide the most comprehensive view to date of both of these spectacular nebulas. As I was downloading the resulting images, I felt like a kid in a candy store."

Astronomers theorize that a two-star nebula can form when a mass-losing star is one of two in a binary system, according to NASA. As they interact, they form a gas disk, which becomes the source of the outflowing material. In this case that would be the wings of the butterfly or the shape of the jewel bug.

NGC 7027s, aka the 'Jewel Bug' Nebula, was identified for the first time by Hubble in 1998. These new near-ultraviolet observations will help reveal how much dust obscures the star and how hot the star really is.
Space Telescope Science Institute/NASA, ESA, and J. Kastner (RIT)

When the smaller star merges with the other, "jets of material" can flow out and wobble, which is what researchers think is happening with the Butterfly Nebula. The way iron emissions — gas blown out at high speed by a star and captured by the Hubble camera filter — show up along opposing, off-center directions, implies that the source is wobbling over time, "like a spinning top that's about to fall," Kastner explains. "That's another telltale sign of the presence of a disk, which directs the flow, and also a binary companion."

As for the "jewel bug," it had been "slowly puffing away its mass" for centuries in a regular spherical pattern until it recently produced a new cloverleaf pattern. Kastner said that something "went haywire" at the center. Based on its iron emission pattern, researchers think its red giant star swallowed its companion.

"The suspected companion stars in NGC 6302 and NGC 7027 haven't been directly detected because they are next to, or perhaps have already been swallowed by, larger red giant stars, a type of star that is hundreds to thousands of times brighter than the sun," said team member Bruce Balick of the University of Washington in Seattle in the press statement. "The hypothesis of merging stars seems the best and simplest explanation for the features seen in the most active and symmetric planetary nebulas. It's a powerful unifying concept, so far without rival."

Now That's Interesting
Hubble left Earth April 24, 1990, and is expected to keep working through the 2020s thanks in part to its space shuttle servicing missions, which have allowed the telescope to be upgraded five times.

Are Record Low Gas Prices Good or Bad for the Economy?

Why It's Important to Digitize Your Vintage Photos and Movies 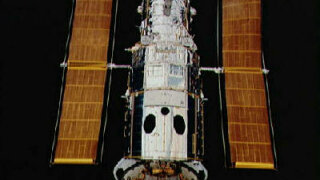 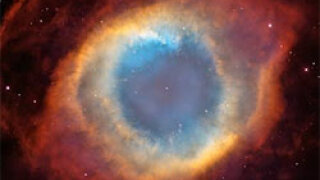 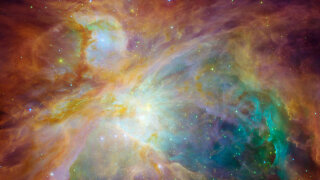