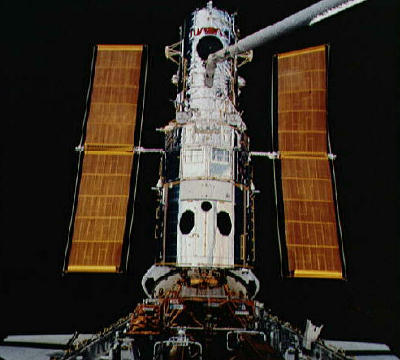 Have you ever­ stared at the night sky and wondered what the universe looks like up close? Most of us are forced to stargaze with just our eyes, searching for pinpricks of light in the vast black night. Even if you're lucky enough to have access to a ground-based telescope, whose clarity depends on atmospheric factors such as clouds and weather, it still doesn't offer the kind of lucidity these stunning celestial objects deserve.

In 1946, an astrophysicist named Dr. Lyman Spitzer Jr. proposed that a telescope in space would reveal much clearer images of distant objects than any ground-based telescope. That sounds logical, right? But this was an outrageous idea, considering no one had even launched a rocket into outer space yet.

­As the U.­S. space program matured in the 1960s and 1970s, Spitzer lobbied NASA and Congress to develop a space telescope. In 1975, the European Space Agency (ESA) and NASA began drafting the initial plans for it, and in 1977, Congress approved the necessary funds. NASA named Lockheed Missiles (now Lockheed Martin) as the contractor that would build the telescope and its supporting systems, as well as assemble and test it.

The famous telescope was named after U.S. astronomer Edwin Hubble, whose observations of variable stars in distant galaxies confirmed that the universe was expanding and gave support to the Big Bang theory.

After a long delay due to the Challenger disaster in 1986, the Hubble Space Telescope shot into orbit on April 24, 1990, piggybacking aboard the Discovery space shuttle. Since its launch, Hubble has reshaped our v­iew of space, with scientists writing thousands of papers based on the telescope's clear-eyed findings on important stuff like the age of the universe, gigantic ­black holes or what­ stars look like in the throes of death.

­In this article, we'll talk about how Hubble has documented outer space and the instruments that have allowed it to do so. We'll also talk about a few of the problems the venerable telescope/spacecraft has encountered along the way.