From Jungle to Chocolate Factory

Prev NEXT
Cocoa pods hang on a tree in a plantation, in Palakkad, Kerala, India. Malcolm P Chapman/Getty Images

The delicate cacao tree grows no taller than 25 feet (8 meters) and will only grow close to the Equator in rainforest conditions, where it can get lots of shade. It's a strange-looking thing with pink flowers that grow directly on its trunk. The tree's fruit is a hefty, 6- to 12-inch (15.24- to 30.48-centimeter) pod shaped like a football. Although originally from Mesoamerica, today most of the world's supply of cacao comes from West Africa — namely Ghana and the Ivory Coast. The Ivory Coast alone produced more than 2.2 million tons (2 million metric tons) of cacao beans in 2017 [source: FAOSTAT]. (By the way, we'll use "cacao" to distinguish the tree and the bean from cocoa, the finished product, but they mean the same thing.)

There are just three main varieties of cacao bean:

Usually, the bean is grown on small family-owned farms of less than 10 acres (4 hectares). Mass production just isn't possible because cacao farming is a really intensive process. The pods are harvested by hand — there's no other way to remove them without damaging the bud from which additional pods will grow.

Cacao pods don't ripen all at the same time, either; the pods, which turn from green to orange, have to be monitored carefully and harvested individually using knives on long poles. After the ripened pods are cut, the beans and pulp are removed and left to ferment either in piles covered in banana leaves or in wooden boxes (depending on where the cacao is grown).The fermentation process can take up to eight days. After fermentation comes drying. The beans are dried in the sun to reduce moisture from 60 percent to 7.5 percent. The whole mass is mixed periodically to ensure even drying [source: International Cocoa Organization].

After drying, the family/farmer then packs the bags and takes them to buyers, who grade the beans before paying for them. Next, they're off to the factory.

Because the countries that produce cacao rely so heavily on the crop, some have turned to child labor — often slavery — to meet demand. In fact, a 2015 research study out of Tulane University found that the Ivory Coast and Ghana in 2013/2014 had as many as 2.12 million children engaged in often hazardous work, a 13 percent uptick from when it was studied in 2008/2009. Demand for cocoa has also meant a denuding of the rainforest to plant more of it. To offset this, you can purchase from companies that are part of the Fair Trade Initiative. These chocolate makers agree to pay an above-market price for cacao to help the farmers and their communities; the farmers are also taught sustainable growing practices. 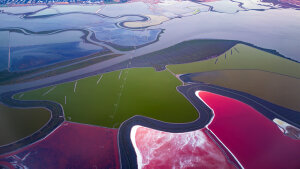