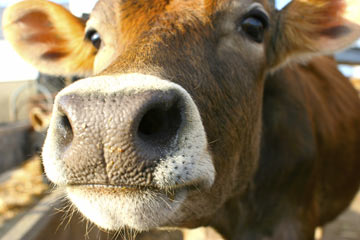 Will a steak taste as good if it comes from a lab as it does from a cow?
iStockphoto/Thinkstock

A lot of us love the taste of a nice juicy hamburger or a T-bone steak that's been broiled just right. But even as we're salivating over that delicious sizzling hunk of goodness on our plates, there's a certain unappetizing reality that some of us don't like to think about. In order to get the meat for our delicious meal, a cow had to be killed and butchered. And we humans tend to feel an affinity toward cows, with their big eyes, flapping tails and soulful mooing. We smile at computer-generated anthropomorphic cows in TV commercials, because, well, we like to imagine what they would say if they could speak to us. We like cows, but we also like to eat them. It's a bedeviling conundrum. Some people solve it by become vegetarians, and abstaining from eating what they call "food with a face." But if you're accustomed to the taste of animal flesh -- and the protein, iron and other nutrients that it contains in abundance -- a tofu burger or a plate of rice and beans may seem like a poor substitute.

But wouldn't it be great if you could have all the meat you wanted, but without having to kill any animals? It probably seems like an impossible fantasy, like those talking cows in the commercials. But guess again. It may not be too long before you're able to dine on some delicious meat that looks, smells and tastes exactly like top quality organic grass-fed beef. But instead of coming from a cow, it'll come from a laboratory.

For years, scientists have envisioned the manufacturing of synthetic meat, which would involve taking a small amount of muscle cells from a living animal and using it to culture lumps of tissue that then could be cooked and eaten, just like real beef or chicken. But recently, they've moved closer to making mass-produced test-tube burgers a reality. In 2011, University of Missouri tissue engineering specialist Gabor Forgacs not only produced a sample of synthetic muscle, but publicly ate some of it at a scientific conference. He's started a company, Modern Meadows, which eventually aims to produce the stuff for consumers. Meanwhile, in the Netherlands, a team of researchers led by Maastricht University vascular physiologist Mark Post also claims to be on the verge of unveiling an artificial burger of its own [source: Levitt].

In this article, we'll tell you about how scientists are trying to make synthetic meat, and how it may change our dining habits. But first, let's look at the history of the quest for fake flesh.

The Quest to Create Fake Flesh

One of the first visionaries to predict test-tube meat, you'll be surprised to learn, was Winston Churchill. Back in 1931, before he became Prime Minister, Churchill wrote a magazine article about technological progress in which he predicted that by 1981, "we shall escape the absurdity of growing a whole chicken in order to eat the breast or wing, by growing these parts separately under a suitable medium" [source: Churchill].

He was a little off on the time frame, obviously. It wasn't until 2001 that a bioengineer named Morris Benjaminson and colleagues at New York's Touro College took chunks of fresh muscle tissue from a goldfish and immersed them in a vat of nutrient-rich liquid of fetal bovine serum. By doing that, the researchers found they could cause the still-living muscle cells to divide and produce more muscle cells; they were able to add about 14 percent worth of additional flesh on the chunks. Benjaminson actually tried frying the fake fish in olive oil flavored with lemon, garlic and pepper and showed the result to colleagues, but nobody got up the nerve to actually try a bite [source: Sample].

Things grew from there. Benjaminson envisioned fake fish as a food for astronauts on long space trips. But animal rights activists soon latched onto imitation flesh as a way to curb cruelty, and even offered a $1 million reward to the first researcher who could develop test-tube meat and market it to consumers [source: PETA]. Other visionaries saw test-tube meat as a solution for feeding a growing population, without burning up as many resources -- land, water, grain, and so on -- as it takes to raise cattle. In 2008, Norway hosted the first-ever conference on making test-tube meat, at which scientists released a study predicting that edible synthetic animal flesh could be manufactured for $5,000 a ton, which would make it competitive economically with actual meat [source: In Vitro Meat Consortium]. By 2012, about 30 different research teams around the world were working on growing meat in laboratories [source: Gayle].

In the next section, we'll explain the challenges of actually creating edible fake meat. 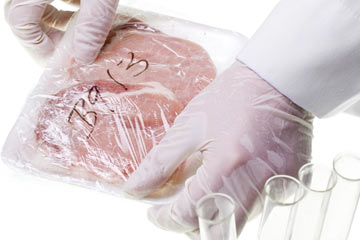 How soon before lab-grown meat appears at a store near you?
iStockphoto/Thinkstock

The Dutch team headed by Post envisions using cow stem cells -- the building blocks of muscles and other organs -- to create synthetic meat. In the lab, they've cultured stem cells in petri dishes, and then put them together in a small container so that they produce muscle cells, which grow and form small pieces of muscle about 2 centimeters long, 1 centimeter wide and about a millimeter thick. The off-white strips of synthetic flesh look more like calamari than hamburger, and the taste is pretty bland. But researchers envision growing bigger patty-like hunks in round containers, and then mixing it with artificial blood and fat so that it gets a more meaty texture, smell and taste [source: Ghosh].

Modern Meadow, the outfit started by University of Missouri researcher Forgacs, plans to add an even stranger wrinkle to the synthetic meat concept. The company envisions using a 3-D printer to spray successive layers of "bio-ink" composed of muscle cells to build fake steak or hamburger. Modern Meadow says this process will enable it to manufacture meat faster and more efficiently than processes previously envisioned by scientists [source: U.S. Department of Agriculture].

A 2011 Wired magazine article points out that while fake burgers seem to be on the horizon, there are still some daunting technical hurdles to be overcome. It's not easy to trick stem cells to growing meat, and it requires a complex soup of fuels, salts, minerals, hormones and other stuff to grow muscle cells that are healthy enough to survive. And growing a piece of meat as complicated as say, a porterhouse steak, is going to be a real challenge. An actual slab of porterhouse isn't just a bunch of muscle cells that stick together. The cells are part of muscle fibers, which in turn integrated with one another into a complex piece of tissue that is capable of doing work in a living animal's body. The tissue also contains a network of blood vessels and deposits of fat, all of which contribute subtly to the appearance, texture and taste [source: Timmer].

How Soon Will Synthetic Meat Ever Replace Big Macs?

Test-tube burgers would have a lot of advantages over the real stuff. For one thing, fake meat wouldn't eat up our resources the way that cows do. According to EarthSave, an environmental organization, growing a pound (about half a kilogram) of beef necessitates the use of 2,500 gallons (9,464 liters) of water, 12 pounds (5.4 kilograms) of grain, 35 pounds (15.8 kilograms) of topsoil and the energy equivalent of 1 gallon (4 liters) of gasoline. And with some experts estimating that food production will have to double within the next 40 years to keep up with expanding populations in developing countries, it's going to be tough to find enough pastureland, grain and water to feed the number of cows we would need for meat. "Anything that stops more wild land being converted to agricultural land is a good thing," University of British Columbia professor food ecologist Sean Smukler said in a 2012 BBC News interview. "We're already reaching a critical point in the availability of land" [source: Ghosh].

Jason Matheny, director of New Harvest, a nonprofit research organization that has been working since the mid-2000s to promote its development, said in a 2008 interview that synthetic meat would have health advantages as well. It would be easier to control and eliminate food-based pathogens in laboratory meat, and fat content could be systematically controlled, making it healthier to eat [source: Kiger].

That is, assuming that synthetic meat ranchers can get people to eat the stuff. Modern Meadow, the Missouri-based startup that hopes to become the first manufacturer of synthetic meat, concedes that convincing consumers that fake flesh is okay may be a bit of a challenge. "We expect it will first appeal to culinary early-adopted consumers, and the segment of the vegetarian community that rejects meat for ethical reasons," the company wrote in a 2012 proposal for a U.S. Department of Agriculture grant. "With reduction in price, it can reach the masses with religious restrictions on meat consumption (people restricted to Hindu, Kosher, Halal diets) and finally populations with limited access to safe meat production" [source: U.S. Department of Agriculture].

Author's Note: How do you grow meat in a lab?

My father was a grocery store owner and a butcher, so I grew up around meat of all kinds. We ate steaks and hamburgers probably several times a week, in addition to pastrami, stews, bacon, sausage, and plenty of a strange, oily processed meat product called chipped ham, for which people in my hometown of Pittsburgh had a peculiar craving. But after I grew up and reached middle age, I mysteriously lost my desire to eat meat. I think some of it has to do with being the owner of three dogs, and realizing that it felt strange to eat some animals and play fetch with others. Today, I subsist on rice and beans, cashew butter, fresh and cooked vegetables, oatmeal and raw salads and fruit, a small amount of cheese and eggs, and an occasional serving of farm-raised tilapia. Maybe I'm a mammal supremacist, but I don't get quite as misty-eyed about fish. The idea of synthetic meat intrigues me, though I'm not sure if I'd actually eat it, even if it was available. I've gotten so accustomed to my plant-based diet that I'm not sure that meat would taste good to me at this point. 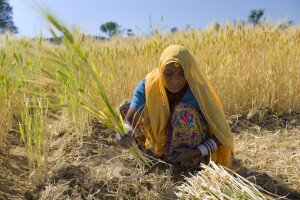 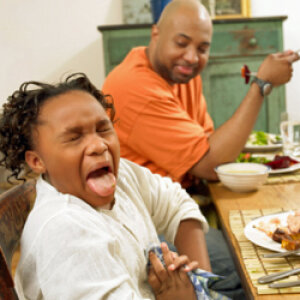 10 Exotic Foods You Should Eat While You're On Vacation 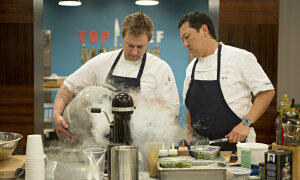