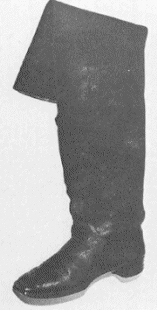 Moonshine is any kind of alcohol, usually whisky or rum, that is made in secret to avoid high taxes or outright bans on alcoholic drinks. The term "moonshine" comes from Britain, where it originally was a verb, "moonshining," that referred to any job or activity that was done late at night. Because the operators of illegal whisky stills had to conduct their business out of the sight of legal authorities, these backwoods brewmasters became known as moonshiners, and the term became exclusively theirs.

Moonshiners are the people who actually make the alcohol. Bootleggers are the smugglers who transport it and sell it. In colonial times, these distributors would conceal their product inside their tall riding boots, which is how they got their name. More recently, bootleggers in the 1930s, '40s and '50s took to racing cars packed with moonshine through the night to avoid local police. Their mechanical skills developed as they learned to drastically increase the horsepower of their vehicles to outrun the authorities. This created a culture of car lovers in the southern United States that eventually grew into the popular NASCAR racing series. In fact, the winner of the first ever NASCAR race had used the same car to make a bootleg run just a week earlier.

Related to moonshiners and bootleggers are rumrunners. Rumrunners are basically bootleggers who smuggle their goods by sea, using fast ships with hidden cargo holds.

The recipe for moonshine is simple:

Sometimes, other ingredients are included to add flavor or kick. Alcohol can actually be distilled from almost any kind of grain (the earliest American moonshiners used rye or barley), but virtually all moonshine made in the United States for the last 150 years has been made with corn.

So what makes moonshine different from the whisky you find on the shelf at a liquor store? Aside from the obvious differences between something made in a sanitized production facility and something made at night in the woods, the primary difference is aging. When whisky comes out of the still, it's so clear it looks like water. Moonshiners bottle it and sell it just like that. Commercial alcohols have an amber or golden color to them -- this is because they are aged for years in charred oak barrels. The aging process gives them color and mellows the harsh taste. There's no such mellowing with moonshine, which is why it has such "kick."

In the next section, we'll learn how corn, water and yeast become moonshine.

It's All in the Mash

Moonshine made from grain, like corn or rye, is whisky. But alcohol can be made from many different ingredients. During Prohibition, profit-hungry moonshiners started using white sugar instead of corn meal, producing a cheaper product that was technically rum, not whisky. Fruits could also be used instead of grains -- today, moonshiners in Appalachian states still manufacture apple brandy.