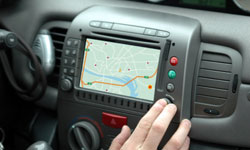 Thanks to inventions like GPS navigators, are we forgetting the contributions of ancient cultures that provided the ingenious foundation on which we build? See more pictures of car gadgets.
Roberta Casaliggi/iStockphoto

We take a lot of things for granted in the modern world. Fiber optic cables deliver en­ormous amounts of information at nearly the speed of light. You can hop into your car and shout your destination at your GPS navigation system, and a digitized and disembodied voice issues easy-to-follow directions. We have it pretty sweet here in the 21st century.

As time marches on, it becomes easier to overlook the contributions of those who came before us. Even in the 19th century, Charles Duell, patent commissioner of the United States, reportedly remarked that everything that can be invented already has been invented [source: Idea Finder].

Clearly, if Duell said such a thing, he was way off. The 20th and 21st centuries have seen enormous booms in ingenuity. However, his alleged words also reveal an understanding that seems to have been lost. He understood that humans have experienced flashes of brilliance and made discoveries throughout history. He also understood that these advances have so greatly accelerated human progress that everything following them seems to be built on the foundation provided by these early inventions.

Perhaps no other ancient culture has contributed more to this advancement of human progress than the Chinese. Here are ten of the greatest inventions of the ancient nation, in no particular order.