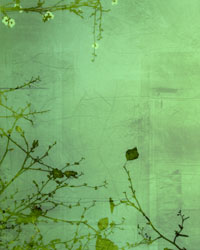 Chinese silk was so valued around the world, that it almost single-handedly opened the insular nation to peaceful trade.
Specular/iStockphoto

The Mongols, the Byzantines, the Greeks and Romans all found themselves unhappily facing Chinese military innovations like gunpowder. It was silk, however, that helped broker peace between ancient China and other cultures. The demand for silk was so high that the fine fabric helped link China to the outside world through trade [source: Columbia University]. The fabric gave rise to the fabled Silk Road trade routes that eventually stretched from China to the Mediterranean, Africa, the Middle East and Europe.

The method for manipulating this silkworm-produced material existed 4,700 years ago. A scroll containing an article on silk production was found in the tomb of created during the Liangzhu period, which lasted from 3330 to 2200 B.C. [source: ChinaCulture.org]. The Chinese closely guarded the origin of silk; they only lost control of their secret when monks from Europe got their hands on silkworm eggs and took them back West [source: Columbia University].