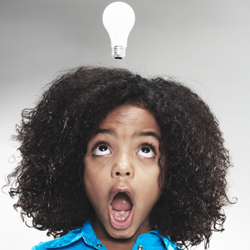 At the end of the 20th century, only 10 percent of all patents were awarded to female inventors [source: Bedi]. When you compile a list of the most famous inventions of the past few centuries, few women will show up as the creators of those items. It's not that women lack ingenuity or a creative spirit, though; it's just that women have faced many hurdles in receiving credit for their ideas. Take the case of Sybilla Masters, a woman who lived in the American colonies. After observing Native American women, she came up with a new way to turn corn into cornmeal. She went to England to obtain a patent for her work, but laws at the time stipulated that women couldn't own property, which included intellectual property like a patent. Such property was considered to be owned by the woman's father or husband. In 1715, a patent for Sybilla Masters' product was issued, but the name on the document is that of her husband, Thomas.

Such property laws prevented many women from acquiring patents for inventions several centuries ago. Women were also less likely to receive a technical education that would help them turn an ingenious idea into an actual product. Many women faced prejudice and ridicule when they sought help from men in actualizing their idea. And some women came up with ideas that would improve life in their households, only to see their inventions treated with scorn for being too domestic and thus unworthy of praise.

Mary Kies was the first American woman to earn a patent in her own name. In 1809, she developed a way of weaving straw into hats that was an economic boon for New England. By receiving that piece of paper with her name on it, Kies led the way for other female inventors to take credit for their ideas. In this article, we'll salute 10 things invented by women.