Who invented the X-ray? 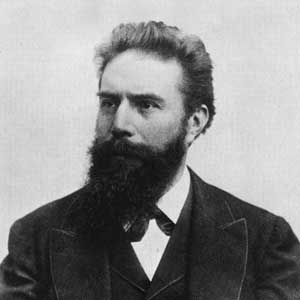 Have you ever had an X-ray taken? X-rays are used to analyze problems with bones, teeth and organs in the human body; to detect cracks in metal in industry; and even at airports for luggage inspection. Yet, despite their versatility, the invention of the X-ray wasn't intentional. The scientific and medical community will forever be indebted to an accidental discovery made by German physicist Wilhelm Conrad Röntgen in 1895.

While experimenting with electrical currents through  glass cathode-ray tubes, Röntgen discovered that a  piece of barium platinocyanide glowed even though the tube was encased in thick black cardboard and was across the room [source: Britannica]. He theorized that some kind of radiation must be traveling in the space. Röntgen didn't fully understand his discovery so he dubbed it X-radiation for its unexplained nature.

To test his newfound theory, Röntgen enlisted the help of his wife for his first X-ray photos and captured images of the bones in her hand and her wedding ring in what would become known as the first röntgenogram [source: Nobel Prize]. He discovered that when emitted in complete darkness, X-rays passed through objects of varying density, rendering the flesh and muscle of his wife's hand mostly transparent. The denser bones and the ring left behind a shadow on a special photographic plate covered in barium platinocyanide. The term X-radiation or X-ray stuck although it is still sometimes referred to as the Röntgen ray in German-speaking countries [source: NASA].

Röntgen's discovery garnered much attention in the scientific community and with the public. He gave his first public lecture on X-rays in January 1896 and showed the rays' ability to photograph the bones within living flesh. A few weeks later in Canada, an X-ray was used to find a bullet in a patient's leg [source: Taming the Rays].

Honorary degrees, medals, streets named in his honor and memberships to academic societies all followed. The recognition peaked with the awarding of the first Nobel Prize for physics in 1901 [source: Nobel Prize]. Röntgen deliberately didn't patent his discovery, feeling that scientific advances belonged to the world and should not be for profit.