When and why did we invent war? 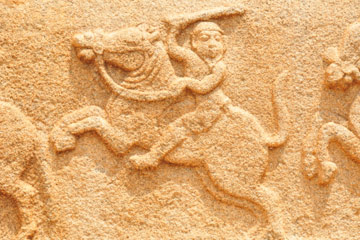 Stone carvings like this one from a temple in India are records of man's warlike past.
© iStockphoto.com/AlanLagadu

Human history is filled with conflict. Some of that conflict takes place on a small level involving only a few people -- sometimes the battle takes place within a single person's mind. But other conflicts span regions and can stretch on for decades. Over the centuries, humans have described war as everything from a glorious struggle to a pointless, violent and inhuman activity. Have we always made war upon one another?

To answer the question, we first must define war. According to the Merriam-Webster dictionary, war is the "state of usually open and declared armed hostile conflict between states or nations." That definition helps us narrow down when humans invented war. If we're talking about states or nations, we must focus on early civilizations. Before civilization, all humans were tribal and at least somewhat nomadic. It was only after we developed agriculture and settled down that we could build the resources needed for war.

That's not to suggest there were no conflicts among humans before civilization. It's likely that tribes fought one another or that internal struggles within a tribe ended with a physical confrontation. But while those struggles may have been violent in nature, they don't meet the definition of war.

Once we developed agriculture, humans were able to form larger communities. We were no longer restricted to living as small, mobile tribes. But building a community carried with it some dangers. It meant that people were producing resources -- resources that other people might want or need. Early civilizations had to fight off bands of raiders to protect their land. As these communities became better at repelling raiders, they began to develop the tools and techniques that would later serve the basis for warfare.

Looking back to the cradle of civilization, we see that not everything was terribly civilized. In the land of Sumer, where modern day Iraq is now, there were several city-states. Each city-state was independent of the others, though throughout history they would occasionally create a united front against a common enemy.

But the city-states were prone to fighting each other. War was common in ancient Sumer. Techniques humans had learned to make tools were used to build weapons. Inventions like the wheel became important for designing vehicles of war such as chariots. The earliest records of war date around 2700 BC. The ancient Sumerians carved battle records onto stone tablets [source: The Origins of War].

The conflict was between the Sumerians and the neighboring Elamites, who lived in what is now Iran. We can't say that the battles between the two nations were part of the first war ever fought -- the earliest conflicts likely began 10,000 years ago in the late Paleolithic or early Neolithic periods, but we have no records from that time [source: Cioffi-Revilla]. Around 2700 B.C., the Sumerian king Enmebaragesi led soldiers against the Elamites and won, looting the nation in the process. It looks like the reason for the earliest war was that the Elamites were a potential threat to the Sumerians and they had resources the Sumerians wanted [source: HistoryNet].

For war to exist, nations or states must retain a sense of independence and detachment from other communities. Without this independence, there is no us-versus-them mentality. As long as there is differentiation between communities, there is the potential for conflict. Nations that perceive a threat from a foreign state may initiate war in an attempt to head off future conquest. Or a community might wage war in order to access resources that another community possesses. Ultimately, war requires that we identify ourselves as belonging to one group while simultaneously excluding other people.

Learn more about warfare by following the links below. 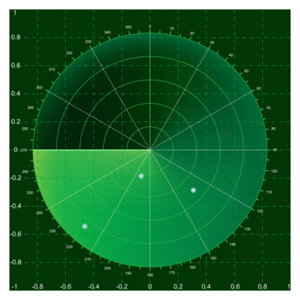 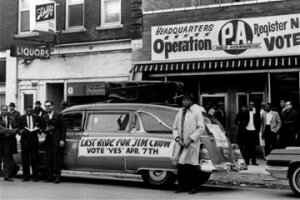