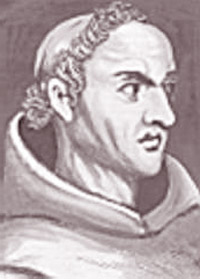 So who is this Occam fellow? Actually Occam (or Ockham) is a town in England, not a man. More specifically, its the town where William of Occam was born. William lived from about 1285 to 1349, during the medieval age, a time when surnames were uncommon and people were known by their place of provenance [source: Beckett].

William lived as a philosopher and a Franciscan monk, a pious man who took very seriously his vow of poverty, meaning he lived using only what was absolutely necessary. One might get the impression that it was this vow of poverty -- a form of simplicity -- that gave William his big idea. In fact, the basis of Occam's razor was an already well-established line of medieval thought by William's time. William captured the essence of the principle and packaged it in a way that was easily understood (by anyone who knew Latin, at least). By creating a couple of simple sentences, he managed to encapsulate a world of medieval logic, ensuring its safe passage into modern times. Kind of makes you wonder what great wisdom wasn't similarly packaged and is lost forever, doesn't it?

It's actually the Greek philosopher Aristotle to whom the idea that perfection equals simplicity and vice versa is attributed. Aristotle was known for the phrase, "The more perfect a nature is, the fewer means it requires for its operation" [source: Carroll]. Just a quick glance at the way we approach scientific investigation -- and the fact that Occam's razor has survived -- shows us that this idea still exists.

While William didn't come up with the principle of parsimony, it certainly did influence the way he looked at life. Not only did William live under his minimalist vow of poverty, he wrote frequently on the subject. At one point, his order, the Franciscans, butted heads with Pope John XXII over the subject, and as is usually the case, the Pope won. William and several of his brothers were excommunicated from the church in 1328. William sought refuge in Munich, where he enjoyed protection from the sympathetic Emperor Louis IV the Bavarian, ruler of the greater Munich area at that time.

Ultimately, William prevailed: After being kicked out of the church, he wrote a convincing essay that demonstrated that Pope John XXII was a heretic -- someone whose beliefs flew in the face of the church's tenets. What's more, there's an entire line of reasoning attributed to him.

So what exactly does this line of reasoning encompass? In the next section, we'll look at the far-reaching implications of Occam's razor.