Occam's Razor and the Scientific Method 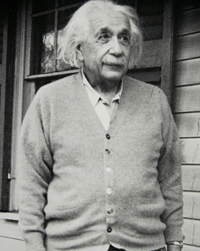 Albert Einstein’s explanation for fluctuations in the time-space continuum was chosen based on the tenets of Occam's razor.
Toru Yamanaka /AFP/Getty Images

But be careful when approaching the razor -- for such a brief statement, it has an uncanny ability to be stretched or bent to fit all sorts of ideas. It's important to remember that Occam's razor proves nothing. It serves instead as a heuristic device -- a guide or a suggestion -- that states that when given two explanations for the same thing, the simpler one is usually the correct one.

What's implied in this principle is that simple explanations come from evidence we already know to be true, like empirical evidence -- information gathered through the five senses. We know that crickets chirp because we can hear them. We know that pickles are sour because we can taste them. In this manner, things that can easily be explained using empirical evidence tend to trump explanations that are based on evidence we can't sense.

Here's a classic example of the use of Occam's razor. A pair of physicists -- Lorentz and Einstein -- both concluded mathematically that things tend to go a little wonky within the space-time continuum. For example, the closer we get to moving at the speed of light, the more we slow down.

While both arrived at the same results from their equations, Einstein and Lorentz had different explanations for them. Lorentz said that it was because of changes that take place in the "the ether." The problem is science doesn't hold that "the ether" exists -- and therefore introduces a problematic element of the equation. Einstein's explanation used no references to the ether, and therefore, his explanation eventually won out over Lorentz's.

Occam's razor gained widespread acceptance, and as a result, the principle has been expanded upon (or distorted, depending on your view) over time. The physicist Ernst Mach, for example, made the razor part and parcel with empirical evidence, when he said that scientific research should use the simplest methods to arrive at conclusions and, what's more, must exclude from that process any evidence that isn't empirical. This is based on positivism -- the idea that if something can't be proven empirically, it doesn't exist.

This kind of thinking is viewed by some as dull logic, which can result in a divide between differing ideologies. Sometimes, even both of the opposing sides use Occam's razor to disprove each other's ideas. In the next two sections, we'll look at each of the sides. First, let's look at the people who use Occam's razor to explain their beliefs. ­

Occam’s razor is also used in computer programming. Since writing language for computers is such an enormous undertaking, programmers need to use the simplest route to create an executable command in a program. Enter Occam, a programming language developed in 1983 by David May. May created the computer language as a means of keeping the programming process simple. Who better to name it after than the man to whom the principle of parsimony is attributed, William of Occam? [source: Hyde]