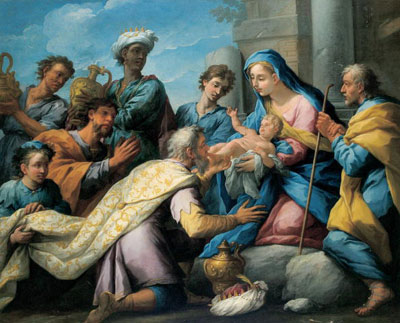 Imagno/Getty Images Skeptics use Occam’s razor to consider everything from UFOs to religion.

The example of Einstein versus Lorentz is a good illustration of who uses Occam's razor the most -- scientists. To make their way through enormous equations, scientists often use the razor to get easily from point A to point B in a data set. After all, the easiest -- and most times, the best -- route between two points is a straight line, right?

Skeptics use Occam's razor as a fundamental tool and sometimes as evidence itself. Skeptics are people who tend to believe only what they can sense or what can be proven scientifically. This makes them foils to people who believe in conspiracy theories and religious beliefs.

But a true skeptic will tell you that he only uses Occam's razor as a tool for considering different explanations. Skeptics who truly appreciate the healthy investigation of the universe use Occam's razor to pick the simplest (and in their belief, most logical) explanation, but stop short of using it to discount other, more complex explanations. After all, evidence could come to light later on that shows the more fantastic is true, and a true skeptic's aim is to keep an open mind.

There are, however, some -- skeptics and scientists alike -- who wield the razor like a broadsword. To these people it proves one theory and disproves another. There are two problems with using Occam's razor as a tool to prove or disprove an explanation. One, determining whether or not something is simple (say, empirical evidence) is subjective -- meaning it's up to the individual to interpret its simplicity. Two, there's no evidence that supports the notion that simplicity equals truth.

It's important to remember that the idea attributed to Aristotle says that perfection is found in simplicity is a man-made idea. It's not supported by math or physics or chemistry. And yet, it's taken by some as factual.

Take this example. There are some creationists who say that Occam's razor proves their ideology is correct. After all, isn't it a more simple explanation to say that God created life, the universe and everything than to say it was created by a Big Bang, followed by an astounding series of interrelated coincidences?

Nice try, say evolutionists. That explanation supposes that God exists, and we have no empirical evidence that he does. This is also the case for atheists -- those who don't believe in God. Atheists use Occam's razor in conjunction with Aristotle's idea of simplicity equaling perfection to prove that there is no God. If there were, say atheists, then the universe would be a whole lot simpler right?

The problem with all of these arguments is that what constitutes simplicity is subjective. What's more, we cannot rationally show that the universe could be any simpler. While we can point out redundancies on levels we can observe, we can't positively identify that these aren't necessary on the whole. Photosynthesis, for example, is a fairly complex mechanism. This doesn't mean, though, that it isn't the simplest possible means of achieving food production in a plant. We have yet to come up with a simpler process that will achieve the same end in the same system.

By now you should have a pretty good idea of the ways that Occam's razor is used to further one idea over another. In the next section, we'll take a look at people who say Occam's razor isn't necessarily a good idea and we'll find out why they oppose it.