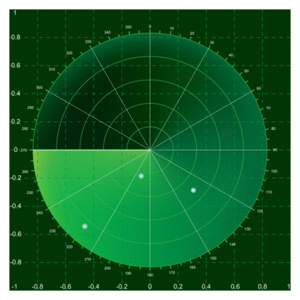 According to the late Edwin Starr, war is good for absolutely nothing. But how much of the technology we depend upon today began as a kind of military technology? Is it possible that if we were a peaceful species we wouldn't have developed technologies like microwave ovens or the Internet?

Wars put an enormous demand upon a nation's resources. Those resources include everything from materials to military personnel. It's expensive to wage war. And war places a burden upon a nation's citizens. As soldiers march off to battle, the people left behind must work even harder to keep the nation's infrastructure from collapsing.

A relatively recent example of this is radar. While scientists around the world worked on using radio antennae to detect distant objects during the early part of the 20th century, we credit Sir Robert Watson-Watt with building the first practical radar set in 1935. The British Air Ministry adopted his design and used it to detect aggressors during the early days of World War II [source: Wired].

Radar became an important tool in militaries around the world. In turn, radar's adoption required countries to adapt to new warfare strategies. It also prompted the United States to invest in research and development for new ways to confound radar. The result was stealth aircraft technology.

On the civilian front, radar played a different role. A scientist by the name of Percy L. Spencer made an interesting discovery while standing near a magnetron -- a device that powers radar sets. Spencer had a chocolate bar in his pocket. The bar began to melt when Spencer stood near the magnetron. This piqued Spencer's curiosity and he began to examine what was going on. This led to the invention of the microwave oven.

Next, we'll take a look at how the threat of war indirectly aided in the creation of the Internet.

Is the Internet a War Baby? 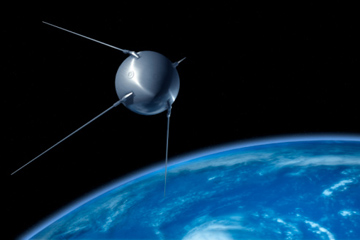 Sputnik, an early Soviet satellite, concerned Americans with the possibility that their rivals could launch space-based weapons in the future.
Hemera/Thinkstock

In a way, the Internet itself began as a military project. Beginning in the 1960s, the U.S. Department of Defense funded a project called ARPANET. The purpose of the project was to develop the technologies and protocols necessary to allow multiple computers to connect directly to one another. This would allow people to share information with each other at unprecedented speeds.

A computer network could also have another benefit: national security. By creating a robust and flexible network, the United States could ensure that in the event of catastrophe, access to the nation's supercomputers could remain intact. ARPANET's protocols allowed information to travel across different routes. If something happened to a computer node along one route, the information could take another path to get to the right destination.

The foundation for the Internet is in the protocols and designs built by the ARPANET team. And while no war directly played into its development, the threat of future conflicts did. Today, the United States Department of Defense funds research and development (R&D) projects across multiple disciplines.

Another example of how the possibility of war affected technological development is the space race between the United States and what was then known as the Soviet Union. On Oct. 4, 1957, the Soviet Union succeeded in launching the first manmade satellite into the Earth's orbit. Its name was Sputnik, and it spurred on an intense, focused era of innovation. Part of that research went into projects like ARPANET. Much of it focused on getting the United States' space technology ahead of the Soviets'.

Several factors fueled this race. One was fear -- if the Soviets could launch a rocket with a payload the size of Sputnik into orbit, it was feasible the country could launch a missile attack on the United States from across the globe. Even though there were plenty of scientific reasons to pursue the space race, on one level it boiled down to saber rattling between the two nations.

While the motives behind the space race may not have been purely founded upon a desire to extend our scientific knowledge, that in no way diminishes the accomplishments made by both countries. The space race was a symbolic conflict between both countries and put pressure on the scientists and engineers developing the systems and vehicles necessary to put men and women into space. Some of this technology later evolved into other forms, and was eventually adapted to serve civilian purposes.

Not all our technologies were born out of war or the fear of war. It would take a cynic to suggest that we owe all our inspiration to conflicts with other people. Many inventions come to us independent of war, though they may be used in warfare later. Our world would look very different if we never waged war, but the lack of conflict wouldn't necessarily result in a lack of inspiration.

Learn more about warfare and technology on the next page.