by Patty Rasmussen Nov 6, 2019
South Carolina's Angel Oak sits in its own park, Angel Oak Park, on Johns Island and even has its own address, 3688 Angel Oak Road. Mike Norton/Flickr

What's so angelic about a gnarly oak tree purported to be at least 400 to 500 years old? For those who've seen the stunning Angel Oak, the name suits even though it actually derives from the original owners of the land, Justis and Martha Waight Tucker Angel.

Located in 18-acre (7-hectare) Angel Oak Park on Johns Island near Charleston, South Carolina (a city well-known for its reverence for all things ancient, especially its own history), the Angel Oak is one of the Lowcountry's most extraordinary examples of the Southern live oak (Quercus virginiana). The Angel Oak stands 65 feet (20 meters) high, unusually tall for a live oak, but it's the canopy that makes this tree unique, extending an astonishing 17,200 square feet (1,598 square meters). The lower, heaviest boughs and branches reach out from the thick, main trunk – about 28 feet (8.5 meters) in circumference – and appear to rest on the ground as if weary from age.

According to historical accounts and documents, the tree stands on property that was purchased from the Cussoe Indians by a representative of Sir Anthony Ashley Cooper in 1675. The land was later part of a 96-acre (39-hectare) land grant to colonist Abraham Waight on July 25, 1717. In 1810, Waight's daughter, Martha, married Justus Angel (thus the name) and their descendants owned the land until some time in the mid-1900s. Because of its history as slaveholding plantation land, there are more than a few local tales of ghosts of former slaves appearing around the Angel Oak, and of those spirits now protecting the tree. During the days of segregation, black families often picnicked under the oak's protective branches. The Angel Oak site was purchased by the city of Charleston in 1991.

The Angel Oak has withstood multiple natural disasters, including numerous hurricanes that have threatened its existence. More recently, the tree was under attack from developers, but thanks to the civic-minded, tree-loving people of Charleston, the Angel Oak is protected by the city and is a popular tourist destination. In 2000, the Angel Oak was named a Millennium Tree and in 2004 it was the South Carolina Heritage Tree of the Year.

Learn more about the Angel Oak in "The Angel Oak Story" by Ruth M. Miller and Linda V. Lennon. HowStuffWorks picks related titles based on books we think you'll like. Should you choose to buy one, we'll receive a portion of the sale.

Now That's Interesting
Wood from the Southern live oak is considered solid and sturdy. The USS Constitution, the world's oldest commissioned naval vessel, was nicknamed "Old Ironsides" because its oak hull survived repeated cannon fire without breaching during the War of 1812.

Should You Ever Discuss Politics at Work?

Why You Should Stop Raking Fall Leaves, Stat! 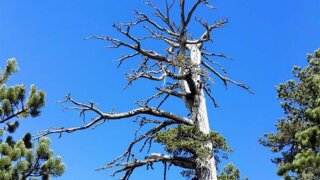 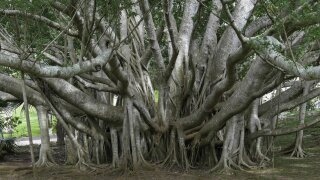 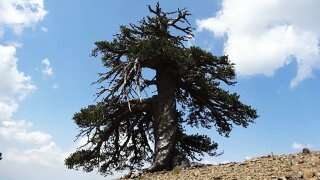