How can light kill viruses?

Other Ways to Combat Viruses 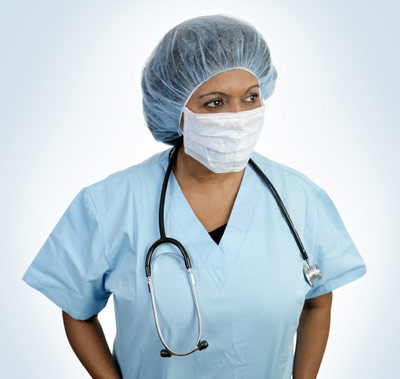 While many efforts to stop viruses have yet to pass beyond laboratory trials, UV irradiation has already found its way into many real world applications. UV irradiation works by bombarding viruses with ultraviolet light, the same light that causes humans to develop sunburns and skin cancer.

Like the laser technique, UV irradiation kills viruses by breaking down their cell walls. Some ventilation and water-purification systems make use of UV irradiation to eliminate airborne or waterborne pathogens. Researchers have successfully used UV irradiation to kill food-borne pathogens, like E. coli bacteria, without diminishing taste or food quality. But while UV irradiation can be effective, it can also cause viruses to mutate and has the potential to damage healthy cells (as anyone who's suffered a sunburn can attest).

Some researchers hope to use microwaves to destroy viruses, but the technique has so far proved ineffective. The water surrounding viruses absorbs the energy from microwaves. The virus doesn't receive enough microwave energy to be affected, much less destroyed.

In August 2004, a team of Venezuelan and American scientists announced the development of rhodium-based compounds that destroy tumors and "deactivate" viruses. This technique also depends on light, using a specific frequency to activate the compounds. Scientists see the treatment as a potential alternative to chemotherapy, because it doesn't harm healthy cells. It could also be used, like the purple laser discussed earlier, to sterilize blood samples.

Part of treating viruses is preventing patients from ever contracting them. To that end, a company called LaamScience (which went bankrupt in 2013) developed a nanotechnology-derived coating that kills viruses and bacteria and can be applied to various surfaces, such as a surgical mask. The coating becomes active when it comes into contact with light. Once active, the area around the mask becomes toxic to viruses and bacteria. A person wearing a coated mask can still breathe normally and safely. The coating never has to be replaced or reapplied. Tests show that the coating should work against almost all viruses and bacteria.

For more information about viruses and related topics, please check out the links below.