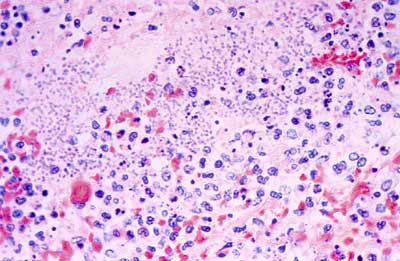 In 1894, researchers made a major breakthrough in plague research. Two doctors, Alexandre Yersin and Kitasato Shibasuburo, each realized that the bacterium Yersinia pestis causes plague. In 1898, another doctor, Paul-Louis Simond, discovered that fleas carry the disease from rats to people. These discoveries took place during the Third Pandemic, and they established a direct link between plague and that particular outbreak. This made it seem likely that plague had also been at the root of the Black Death, the Great Plague of London, Justinian's plague and other outbreaks.

However, the doctors practicing during the earliest pandemics didn't have the tools they needed to accurately diagnose diseases. The microscope and the idea that germs cause disease came around during the 16th century, long after many epidemics ended. There were also no accurate, standardized recordkeeping methods during most plague pandemics. For these reasons, there's not a lot of concrete evidence to prove plague was behind it all. One French team claimed to have found Yersinia pestis DNA in tooth pulp from plague-era mass graves, but other researchers haven't been able to duplicate these results.

Researchers also note a few reasons why plague may not have been the real culprit. Some claim that historical literature doesn't mention a die-off of rats, which typically happens before a plague epidemic. Others say the opposite. Some scientists claim the Black Death and other epidemics spread too far and too quickly for fleas and rats to have been the carriers.

Alternate theories for the disease behind the Black Plague and other epidemics are anthrax and a hemorrhagic virus like Ebola. Circumstantial evidence supports each of these theories. The epidemics started suddenly and seemed to end spontaneously, which is typical of some viral outbreaks. In the years before the Great Plague of London in particular, people started to rely on domestic cows for red meat instead of wild game. This made it more likely for cattle-borne anthrax to infect people. However, there's no clear indication of a massive cow die-off before the Great Plague.

Controversy surrounds these pandemics, but not everyone thinks plague wasn't the cause. As mentioned earlier, some epidemiologists claim that plague could have spread from person to person via the human flea, Pulex irritans. In this case, rats wouldn't need to carry the fleas from place to place -- humans would have done all the carrying for them. Another theory is that a different type of plague infection, pneumonic plague, was responsible.

In the next two sections, we'll look at bubonic plague and how it differs from pneumonic and other types of plague.

By studying the DNA of human bodies, researchers have discovered that the CCR5 mutation is significantly more common today than it was before the Black Death. In theory, the illness behind Black Death may have been a virus that used CCR5 to gain entry into cells. People who survived the Black Death may have had CCR5 abnormalities, a genetic trait they passed to their children. [source: PBS].