by Jesslyn Shields
Next
Prokaryotic cells are simpler and lack the eukaryote's membrane-bound organelles and nucleus, which encapsulate the cell's DNA. HowStuffWorks

You know when you hear somebody start a sentence with, "There are two kinds of people..." and you think to yourself "Oh boy, here it comes." Because reducing the whole of humanity down to "two kinds of people" seems like an odious activity at best.

But what if I were to tell you that there are just two kinds of organisms?

According to scientists, the world is split into two kinds of organisms — prokaryotes and eukaryotes — which have two different types of cells. An organism can be made up of either one type or the other. Some organisms consist of only one measly cell, but even so, that cell will either be either prokaryotic or eukaryotic. It's just the way things are.

The difference between eukaryotic and prokaryotic cells has to do with the little stuff-doing parts of the cell, called organelles. Prokaryotic cells are simpler and lack the eukaryote's membrane-bound organelles and nucleus, which encapsulate the cell's DNA. Though more primitive than eukaryotes, prokaryotic bacteria are the most diverse and abundant group of organisms on Earth — we humans are literally covered in prokaryotes, inside and out. On the other hand, all humans, animals, plants, fungi and protists (organisms made up of a single cell) are eukaryotes. And though some eukaryotes are single celled — think amoebas and paramecium — there are no prokaryotes that have more than one cell.

"I think of a prokaryote as a one-room efficiency apartment and a eukaryote as a $6 million mansion," says Erin Shanle, a professor in the Department of Biological and Environmental Sciences at Longwood University, in an email interview. "The size and separation of functional 'rooms,' or organelles, in eukaryotes is similar to the many rooms and complex organization of a mansion. Prokaryotes have to get similar jobs done in a single room without the luxury of organelles."

One reason this analogy is helpful is because all cells, both prokaryotes and eukaryotes, are surrounded by a selectively permeable membrane which allows only certain molecules to get in and out — much like the windows and doors of our home. You can lock your doors and windows to keep out stray cats and burglars (the cellular equivalent to viruses or foreign materials), but you unlock the doors to bring in groceries and to take out the trash. In this way, all cells maintain internal homeostasis, or stability.

"Prokaryotes are much simpler with respect to structure," says Shanle. "They have a single 'room' to perform all the necessary functions of life, namely producing proteins from the instructions stored in DNA, which is the complete set of instructions for building a cell. Prokaryotes don't have separate compartments for energy production, protein packaging, waste processing or other key functions."

In contrast, eukaryotes have membrane-bound organelles that are used to separate all these processes, which means the kitchen is separate from the master bathroom — there are dozens of walled-off rooms, all of which serve a different function in the cell.

For example, DNA is stored, replicated, and processed in the eukaryotic cell's nucleus, which is itself surrounded by a selectively permeable membrane. This protects the DNA and allows the cell to fine-tune the production of proteins necessary to do its job and keep the cell alive. Other key organelles include the mitochondria, which processes sugars to generate energy, the lysosome, which processes waste and the endoplasmic reticulum, which helps organize proteins for distribution around the cell. Prokaryotic cells have to do a lot of this same stuff, but they just don't have separate rooms to do it in. They're more of a two-bit operation in this sense.

The Evolution of Eukaryotes

You might be wondering how organisms got to be divided in this way. Well, according to endosymbiotic theory, it all started about 2 billion years ago, when some large prokaryote managed to create a nucleus by folding its cell membrane in on itself.

"Over time, a smaller prokaryotic cell was engulfed by this larger cell," says Shanle. "The smaller prokaryote could perform aerobic respiration, or process sugars into energy using oxygen, similar to the mitochondria we see in eukaryotes that are living today. This smaller cell was maintained within the larger host cell, where it replicated and was passed on to subsequent generations. This endosymbiotic relationship ultimately led to the smaller cell becoming a part of the larger cell, eventually losing its autonomy and much of its original DNA."

However, the mitochondria of today's eukaryotes have their own DNA blueprints that replicate independently from the DNA in the nucleus, and mitochondrial DNA has some similarity to prokaryotic DNA, which supports the endosymbiotic theory. A similar model is thought to have led to the evolution of chloroplasts in plants, but the story begins with a eukaryotic cell containing a mitochondria engulfing a photosynthetic prokaryote.

Eukaryotes and prokaryotes — they're different! But even though it can be hard to see the similarities between humans and bacteria, we are all made of the same stuff: DNA, proteins, sugars and lipids.

Although endosymbiotic theory is just "a theory," it's the best explanation of the evolution of eukaryotes. Though it may one day be disproven, it's supported by lots of facts. 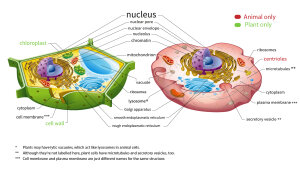 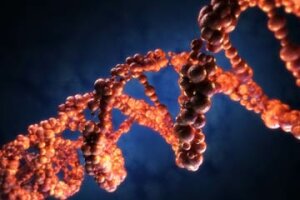