Are we at the beginning of the end of Western civilization? 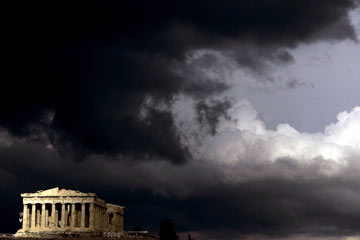 Are there dark days ahead for Western civilization?
AP Photo/Petros Giannakouris

Depending on whom and when you ask, everything from same-sex smooching to punk music portends the end of Western civilization. That's just the kind of species we are: obsessed with avoiding change and sustaining our cultural surroundings. Every generation has bustled with talk about the end of the world or the loss of cultural identity -- and they've done so as if that end were right around the corner.

In some cases, of course, it was. Tribes and kingdoms have waged wars of extinction against each other over the millennia, long before there was even such a term as "genocide." Both the writings of Homer and the Old Testament contain royal or divine prescriptions of the utter slaughter of entire populations.

Larger civilizations and cultures, however, often die hard. Consider the Maya Indians, whose ways of life were decimated by the technologically superior Spanish and their European diseases. The Mayan civilization spanned an impressive 3,000 years and was already in decline by the time the conquistadors arrived in 1519. Yet despite the ravages of warfare, colonization, missionaries and epidemic disease, Mayan culture merged with other ways of life, adapted and still survives in Guatemala, Mexico and Belize.

What about Western civilization, then, with all its art, philosophy, language and history spanning back to its roots in Greek and Roman antiquity?

To quote author and historian William R. Everdell, the concept of the rise and fall of civilizations is "more a pattern in the mind than a pattern in the world." Think of it this way: A chapter about the Mayans in a history book has a definite beginning and an end, and so we often fall into the trap of attributing succinct lengths and story arcs to civilizations as well.

It's essential to bear in mind that culture is evolving. If you could travel back in time a century or two, you'd encounter a different expression of Western civilization. One of the current evolutionary trends, according to anthropologists, is globalization or cultural standardization. Modern technology, communications and media continue to spread across much of the globe, leading to a certain amount of homogeneity between distant locales.

But this doesn't mean the complete dilution of culture. Anthropologist Bryan S. Turner says three factors allow a society to resist cultural standardization: a strong aesthetic tradition, a viable civil society and policies that promote and sustain a national heritage.

Consider the relationship between the United States in the West and Japan in the East. You can find thousands of McDonald's restaurants in Japan, just as you can watch hour after hour of Japanese films and TV shows in the United States. Both cultures absorb aspects of the other while resisting complete cultural globalization.

If such a trend holds true, and humans continue to value such things as the cultural, historic and architectural importance of the Parthenon in Greece, then Western civilization won't fade completely away. Instead, it will likely continue to experience cultural hybridization.

Explore the links on the next page to learn even more about world history.

Been Told You're Too Sensitive? You Might Be an Empath
Tons of Life Found Deep Within Earth's Surface
Is It Time for Our Understanding of Evolution to Evolve? 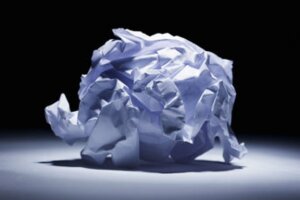