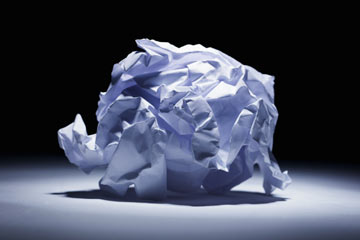 Imagine the universe crumpled up into a single point. According to the big bang theory, this is the beginning.
ballyscanlon /The Image Bank/Getty Images

"In the beginning" -- before the 1920s, these words had no place in our scientific understanding of the universe. Astronomers believed the cosmos to be eternal and unchanging. We knew of only one galaxy and a few million visible stars, and this was the scope of our observable universe.

Then astronomer Edwin Hubble observed, courtesy of redshift, distant galaxies speeding away from each other and formulated Hubble's Law to explain the universe's uniform expansion. Redshift just refers to a distant celestial body's shift toward longer, or redder, wavelengths, compliments of the Doppler effect.

Meanwhile, physicist Albert Einstein had just completed his general theory of relativity, which provided a model of a finite, homogenous cosmos shaped by gravity. These efforts laid most of the groundwork for a flurry of new discoveries and fresh theories in the decades ahead.

Our modern scientific understanding of the universe provides a kind of road map through time. Based in Hubble and Einstein and corroborated by such discoveries as the abundance of light elements and the cosmic microwave background radiation, this map points back 13.7 billion years to an event we know as the big bang.

At this point in the ancient past, there was no such thing as time or space. There was just a single hot, condensed point -- a singularity -- containing all matter in the universe. In addition, all four fundamental forces (the gravitational, electromagnetic, strong and weak forces) were unified as a single force. This unified period, called the Planck epoch, lasted 10-43 seconds. Then the universe expanded at a rate faster than the speed of light, growing from subatomic to golf-ball size almost instantaneously. Scientists call this the inflationary period.

The universe then expanded outward in a flood of superheated subatomic particles. Three seconds after the big bang, space cooled enough for these particles to form elements. Some 300 million years later, stars and galaxies formed as well. (For more detailed information on these beginning steps, read How the Big Bang Theory Works.

The big bang theory still provides the best model for how the universe arose, but it's not the only theory we have. For example, the steady-state theory modeled a universe with a consistent density that appears to expand due to the constant generation of new matter. Support for it, however, largely died out, thanks to the discovery of the cosmic microwave background (CMB) in 1965. The CMB was, in essence, the radiation signature of the early, expanding universe.

The Ekpyrotic model suggests the universe formed due to the collision of two separate universes in the fourth dimension. And the big bounce theory suggests our universe is caught in an eternal cycle of big bangs and big crunches.

You can think of such theories and models as piers extending into the cosmic unknown. Some provide us with solid enough footing to observe and test the universe as we steadily determine exactly where and what we are in it.

Explore the links below for even more cosmological quandaries. 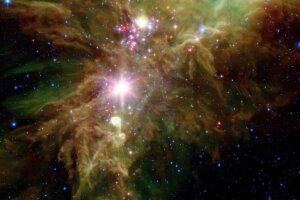