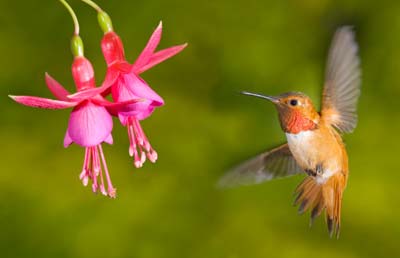 Several hundred million years ago, there were no vertebrate animals on land. The only vertebrate species in the world were fish, all of which lived underwater. Competition for food was intense. Some species of fish that lived near the coast developed a strange mutatio­n: the ability to push themselves along in the mud and sand on the shore with their fins. This gave them access to food sources that no other fish could reach. The advantage gave them greater reproductive success, so the mutation was passed along. This is what we call natural selection.

Natural selection is the engine that drives evolution. The organisms best suited to survive in their particular circumstances have a greater chance of passing their traits on to the next generation. But plants and animals interact in very complex ways with other organisms and their environment. These factors work together to produce the amazingly diverse range of life forms present on Earth.

By understanding natural selection, we can learn why some plants produce cyanide, why rabbits produce so many offspring, how animals first emerged from the ocean to live on land, and how some mammals eventually went back again. We can even learn about microscopic life, such as bacteria and viruses, or figure out how humans became humans.

Charles Darwin coined the term "natural selection." You'll typically hear it alongside the often misunderstood evolutionary catchphrase "survival of the fittest." But survival of the fittest isn't necessarily the bloody, tooth-and-claw battle for survival we tend to make it out to be (although sometimes it is). Rather, it is a measure of how efficient a tree is at dispersing seeds; a fish's ability to find a safe spawning ground before laying her eggs; the skill with which a bird retrieves seeds from the deep, fragrant cup of a flower; a bacterium's resistance to antibiotics.

With a little help from Darwin himself, we're going to learn about natural selection and how it created the astonishing complexity and diversity of life on planet Earth.