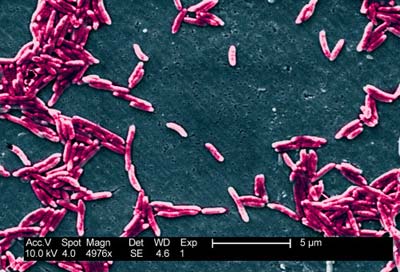 Evolution is the result of the tendency for some organisms to have better reproductive success than others -- natural selection.

It's important to remember that differences between individuals, even individuals from different generations, don't constitute evolution. Those are just variations of traits. Traits are characteristics that are inheritable -- they can be passed down from one generation to the next. Not all traits are physical -- the ability to tolerate close contact with humans is a trait that evolved in dogs. Here's an example that helps explain these concepts:

Basketball players are generally tall, while jockeys are generally short. This is a variation on the trait of height. Tall parents tend to have tall children, so we can see that the trait is inheritable.

Now imagine that some conditions arise that make it more likely for jockeys to reproduce successfully  than basketball players. Jockeys have children more frequently, and these children tend to be short. Basketball players have fewer children, so there are fewer tall people. After a few generations, the average height of humans decreases. Humans have evolved to be shorter.

Evolution is all about change, but what is the mechanism that causes these changes? Every living thing has everything about its construction encoded in a special chemical structure called DNA. Within the DNA are chemical sequences that define a certain trait or set of traits. These sequences are known as genes. The part of each gene that results in the varying expression of traits is called an allele. Because a trait is an expression of an allele, the tendency of a certain trait to show up in a population is referred to as allele frequency. In essence, evolution is a change in allele frequencies over the course of several generations.

Sexual reproduction itself is a product of natural selection -- organisms that blend genes in this way gain access to a greater variety of traits, making them more likely to find the right traits for survival. For more detailed information on evolution, head over to How Evolution Works.

Next, we'll take a page from Charles Darwin and find out what fitness is all about.

A population is a defined group of organisms. In terms of evolutionary science, a population usually refers to a group of organisms that have reproductive access to each other. For example, zebras that live on the plains of Africa are a population. If other zebras lived in South America (none do, but let's pretend they do for the sake of the example), they would represent a different population because they're too far away to mate with the African zebras. Lions that live on the plains of Africa are a different population as well, because lions and zebras are biologically unable to mate with each other.