Browse the article How can two seemingly unrelated species that live in isolation from each other evolve into identical forms? 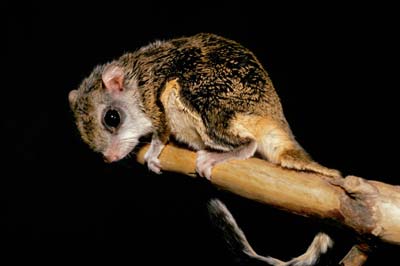 About 60 million years ago, Australia became fully separated from the other continents by the movement of tectonic plates. As a result, life forms in Australia followed their own evolutionary patterns with little to no mixing with outside species for many millions of years. At the time of the separation, the same species lived in Australia as lived in other parts of the world, but over many generations, the separated populations evolved differently. They lived in different places, with different climates, different predators and a lot of other different circumstances.

As these species evolved in different directions, some interesting variations showed up between the isolated Australian species and the species that evolved in the rest of the world. Kangaroos, for example, look and function differently from just about anything you can find outside of Australia. But even more surprising to biologists is that some species that were so far apart on the evolutionary tree of life that they could be considered only distantly related seemed to look almost exactly the same.

For example, a primitive rodent lived both on and off Australia at the time of separation. In Australia, one branch of this rodent's descendants evolved into tree-dwelling creatures with flaps of skin stretching between their front and hind legs, allowing them to glide between trees on air currents. They're known as flying phalangers. In the rest of the world, the primitive rodent evolved into a totally separate group of tree-dwelling creatures with gliding flaps -- the flying squirrels.

How could this happen? Was the potential to develop gliding flaps already present in that primitive rodent, making it inevitable that such an animal would eventually evolve? Or did the pressures of both environments cause natural selection to push the rodents into a gliding form? And what about species that were never related to begin with, yet still evolved into startlingly similar forms?

The Environment Shapes the Species 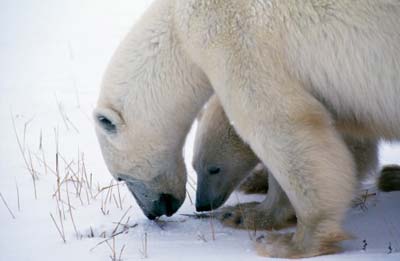 A polar bear's ecological niche is at the top of the food chain in the snowy Arctic.
Jeff Foott/Discovery Channel Images/Getty Images

The situation described with flying squirrels is known as parallel evolution. It occurs when two related species split from each other, evolve in different places and circumstances, yet end up developing many of the same traits. When two different species share a lot of traits, it's known as morphological similarity. When two completely unrelated species develop morphological similarity, it's known as convergent evolution. It's sometimes impossible to decide which type it is because we don't have complete knowledge of the evolutionary record. We have no way of knowing how closely two species were related millions of years ago.

The simple reason for parallel evolution occuring is that similar environments and similar population pressures do indeed lead different species to evolve similar traits. A successful trait in one place is going to be successful in another. But that doesn't really tell the whole story. After all, there are millions of species on Earth, and a lot of them don't look anything like each other. Why do only some species exhibit parallel or convergent evolution?

It has to do with the way natural selection works. A species can change from one generation to another because of mutations to its genetic code or recombination of genetic information by sexual reproduction. These genetic changes show up as new or altered traits. A mutation might cause a species of bear to have much lighter coloring on its fur, for example. Traits that give the organism a greater chance to survive long enough to reproduce are more likely to be passed on to future generations, while less successful traits won't be passed on as frequently. Thus, over time, the average of the traits across a population of organisms shifts -- the most beneficial traits show up with much greater frequency.

Eventually, these accumulated beneficial traits make an organism very well-suited to function within a certain environment. This is the species' ecological niche. The animals have adapted to live successfully within that niche but would probably do poorly outside it. A polar bear's niche is at the top of the food chain in the cold, snowy climate of the Arctic. A polar bear that tried to live as a grazer in the African savanna wouldn't fare well.

The organisms most likely to exhibit parallel or convergent evolution are those that occupy similar ecological niches. The savanna of Africa and the plains of North America are similar environments -- slightly arid, flat and covered with grasses. The same niche exists in both places: large, herbivorous mammals that live in herds and graze on the grass. Wildebeests and North American cattle evolved far from each other, but they have incredible morphological similarity. Neither species evolved into polar bears -- that wouldn't make sense. Natural selection reinforced the traits that made those species successful within their niche. Since the niche was the same, it's really not a big surprise that the species look the same.

Some convergent evolution doesn't depend on ecological niches because the traits are very advantageous to a wide range of organisms. All carnivores, regardless of where they live, have evolved sharp teeth. Birds, bats and many insects have evolved the ability to fly. They all fly in different ways and for different reasons, but flight is so beneficial it shows up all over the place.

Parallel evolution is fairly common at the morphological level, but what role does the underlying genetic process play? Let's find out.

The Role of Genetics in Parallel Evolution 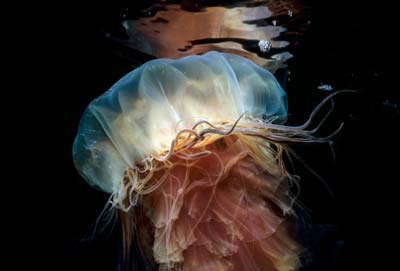 There are two things to consider about the role of genetics in parallel evolution.

The first is that the genetic code for a given species may contain the potential for many complex structures that aren't actually expressed in that organism. Imagine a construction crew building a house. The blueprint may contain the instructions to build an addition on the back of the house, but unless the architect tells the crew to build that part, they'll only build the basic house, without the addition. Our genetic equivalent to the architect would be another mutation that activates the portion of the DNA needed to actually express a trait.

Jellyfish and anemones are animals with a radial body plan -- they have no left or right side. However, their genetic code has been found to contain a marker for a bilateral body plan [source: Ars Technica]. For some reason, it isn't expressed in members of the jellyfish family.

Why is this important for parallel evolution? It shows that very primitive organisms can have the genetic tools available to create greater complexity. As the organism evolves, widely separated species can develop similar traits because the potential for those traits was there right from the beginning.

The second thing to consider is the experimental evidence. Recently, biologists have gone beyond morphology in their examination of parallel evolution. They have found proof that in at least some cases, morphological similarities were matched by genetic similarities. The chemical interactions of proteins and amino acids that cause the morphological changes were also the same in two species that had been isolated from each other for millions of years [source: ScienceDaily].

If you want to learn more about evolution, natural selection and animals, try the next page.

The thylacine, also known as the Tasmanian wolf, is often used as a prime example of convergent evolution. Now extinct, the thylacine occupied the same ecological niche as canine predators in other parts of the world. Despite having almost no evolutionary relation, thylacines and gray wolves have very similar morphology, are roughly the same size and share many features.

You can probably see an example of convergent evolution right outside your window. There are tens of thousands of species of plants, many of them unrelated to each other. Yet plant species worldwide have evolved leaves. While leaves come in many shapes and sizes, we all know a leaf when we see one, because they’re all so similar. There are certainly cases of divergent leaf evolution (pine needles, for example), which only makes it all the more fascinating that so many species evolved leaves that look the same.