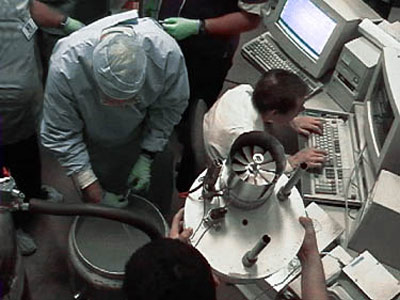 ­Cryonics is the practice of preserving human bodies in extremely cold temperatures with the hope of reviving them sometime in the future. The idea is that, if some­one has "died" from a disease that is incurable today, he or she can be "frozen" and then revived in the future when a cure has been discovered. A person preserved this way is said to be in cryonic suspension.