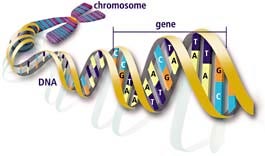 The CBS drama "CSI: Crime Scene Investigation" routinely draws more than 20 million viewers per episode, making it one of television's greatest successes. The show's popularity owes a great deal to the writers and actors who bring the stories to life. But another intriguing element is the cutting-edge technology used by the Las Vegas crime lab trying to solve crimes. Collecting and analyzing DNA evidence tops the list of the lab's forensic toolkit, and its ubiquity in shows like "CSI" and "Cold Case" has increased public awareness to the point that many jurors in real-world courtrooms expect to see DNA evidence presented -- whether a case calls for it or not.

It's hard to believe that DNA evidence has come so far so fast. The techniques that make it possible to identify a suspect using his or her unique genetic blueprint have only been around since 1985. That's when Alec Jeffreys and his colleagues in England first demonstrated the use of DNA in a criminal investigation. Since then, DNA evidence has played a bigger and bigger role in many nations' criminal justice systems. It has been used to prove that suspects were involved in crimes and to free people who were wrongly convicted. And, in the United States, it has been integral to several high-profile criminal cases.

At the heart of DNA evidence is the biological molecule itself, which serves as an instruction manual and blueprint for everything in your body (see How Cells Work for details). A DNA molecule is a long, twisting chain known as a double helix. DNA looks pretty complex, but it's really made of only four nucleotides:

This is what makes DNA evidence so valuable in investigations -- it's almost impossible for someone else to have DNA that is identical to yours. But catching a criminal using DNA evidence is not quite as easy as "CSI" makes it seem, as this article will demonstrate. Our first step in exploring DNA evidence is the crime scene -- and the biological evidence gathered there by detectives.