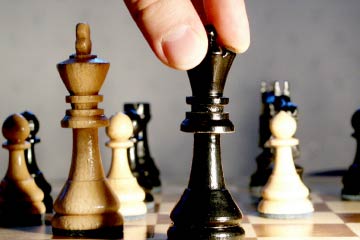 What does it take to be considered a genius? Is a genius a remarkable musician who moves our spirits, an artist who creates beautiful paintings, a student who scores off the charts on an IQ test or the employee working the Genius Bar at your local Apple store? OK, maybe the last example is pushing it, but consider the other varieties of geniuses -- those with amazing musical, artistic, athletic and intellectual talents. Were the Mozarts and Monets of the world born with their genius? Or did their environment shape who they became?

Genes appear to have a big role in our intelligence and talents. Researchers at Washington University School of Medicine in St. Louis have identified a specific gene that may help manage our skill level for organizing things logically. And although this is just one part of the mystery between our genes and intelligence, the discovery certainly warrants some thought. This type of discovery may help explain why early studies in regard to intelligence seem to favor genetics over environment when it comes to IQ. Those studies showed that even though some adoptive children grew up in an environment completely separate from their biological parents, their IQs were more aligned with theirs than that of the adoptive parents [source: Dryden].

However, that's not the end of the story. As mentioned, the possible gene linked to organizing things logically is a piece of a much larger puzzle. That goes for intelligence and other talents, as well. Most of the time, when society claims someone as a genius, it's for multiple traits -- personality, cognitive capacity, motivation -- working together. As it turns out, these traits and others like them have been linked to strong hereditary underpinnings [source: Kaufman].

Even though these beloved traits have a basis in genetics, that doesn't mean they're set in stone. After all, one trait may require collaboration of multiple genes. According to cognitive psychologist Scott Barry Kaufman, a hereditary advantage for a trait that might lead us to great things isn't a sure thing. Genes develop on their own, on their own timeline. That means that someone could be a child prodigy if everything comes together early on, but genius might not emerge until later in life -- and it can even wane. This is where genetics and environment collide.

While we might be able to thank our moms and dads for a genetic propensity for genius, their hard work creating a nurturing environment might deserve more applause than handing over their DNA should get. At the same time, we should also reconsider giving up if our genes seem to be coming up short.

For those of us not hitting the genetic jackpot, how much hope can environmental influences provide? A lot, especially when it comes to superior performance, per K. Anders Ericsson with the Florida State University Department of Psychology. Ericsson has found that even though our society's high performers, such as Olympic athletes and first-chair musicians, seem born to their roles, we can be assured that knowledge, training and practice are at play [source: Ericsson]. In essence, they've earned their genius titles and set themselves apart through good, old-fashioned hard work.

Creating a setting conducive to hard work and developing a genius may start with a person's home environment. Socioeconomic status appears to be an underlying factor when it comes to intelligence [source: Grasso]. For a child, this doesn't mean that he or she might not have an encouraging home life; however, limited access to programs, resources and even proper nutrition can be daunting challenges.

Considering environmental influences, the question of a source of genius becomes even more complex. The two appear to be in cahoots. A tiny genetic advantage can lead to a biased environmental advantage, thanks to the Matthew and Multiplier effects.

The Matthew Effect, named for a Biblical passage (Matthew 25:29) that describes continued abundance for an individual, supports the idea that someone with a minor natural ability has a better chance of growing that ability than another person. This is thanks to the Multiplier Effect, which takes that inkling of ability and multiplies its strength exponentially to design an environment conducive to fostering it [source: Kaufman].

For example, if a child shows a small amount of athletic promise -- perhaps he or she can kick a ball farther than his or her pals -- that child may start kicking the ball more, hanging out with other kids who can kick a ball and joining a soccer team. The adults in the child's life might applaud success, leading to even more practice and achievement. On the other hand, the child who falls down the first time he or she kicks a ball might always be picked last for the team and be too discouraged to give it another try.

Neither genetics nor environment appear to work alone. And you can't necessarily predict genius from birth. Who knows when and at what point your genius might develop? After all, what if the reason that child fell the first time he or she went to kick the ball wasn't because of a lack of skill but slippery grass?