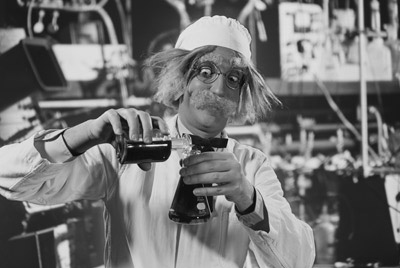 The term IQ, or Intelligence Quotient, generally describes a score on a test that rates the subject's cognitive ability as compared to the general population. IQ tests use a standardized scale with 100 as the median score. On most tests, a score between 90 and 110, or the median plus or minus 10, indicates average intelligence. A score above 130 indicates exceptional intelligence and a score below 70 may indicate mental retardation. Like their predecessors, modern tests do take in to account the age of a child when determining an IQ score. Children are graded relative to the population at their developmental level.

What is this cognitive ability being measured? Simply put, IQ tests are designed to measure your general ability to solve problems and understand concepts. This includes reasoning ability, problem-solving ability, ability to perceive relationships between things and ability to store and retrieve information. IQ tests measure this general intellectual ability in a number of different ways. They may test:

Questions in each of these categories test for a specific cognitive ability, but many psychologists hold that they also indicate general intellectual ability. Most people perform better on one type of question than on others, but experts have determined that for the most part people who excel in one category do similarly well in the other categories, and if someone does poorly in any one category, he also does poorly in the others. Based on this, these experts theorize there is one general element of intellectual ability that determines other specific cognitive abilities. Ideally, an IQ test measures this general factor of intelligence, abbreviated as g. The best tests, therefore, feature questions from many categories of intellectual ability so that the test isn't weighted toward one specific skill.

Because IQ tests measure your ability to understand ideas and not the quantity of your knowledge, learning new information does not automatically increase your IQ. Learning may exercise your mind, however, which could help you to develop greater cognitive skills, but scientists do not fully understand this relationship. The connection between learning and mental ability is still largely unknown, as are the workings of the brain and the nature of intellectual ability. Intellectual ability does seem to depend more on genetic factors than on environmental factors, but most experts agree that environment plays some significant role in its development.

But can you increase your IQ score? There is some evidence that children develop higher intellectual ability if they receive better nurturing and diet as babies, and a higher degree of intellectual stimulation in preschool tends to boost children's IQ scores for a few years of elementary school but does not permanently increase IQ scores. For the most part, adult IQ scores don't significantly increase over time. There is evidence that maintaining an intellectually stimulating atmosphere (by learning new skills or solving puzzles, for example) boosts some cognitive ability, similar to the way maintaining an exercise regimen boosts physical ability, but these changes aren't permanent and do not have much effect on IQ scores.

So your IQ score is relatively stable, no matter what education you acquire. This does not mean that you can't increase your intelligence. IQ tests are only one imperfect method of measuring certain aspects of intellectual ability. A lot of critics point out that IQ tests don't measure creativity, social skills, wisdom, acquired abilities or a host of other things we consider to be aspects of intelligence. The value of IQ tests is that they measure general cognitive ability, which has been proven to be a fairly accurate indicator of intellectual potential. There is a high positive correlation between IQ and success in school and the work place, but there are many, many cases where IQ and success do not coincide.

Is the human brain still evolving?
Why Do People Lie About Things That Are Easily Disproved?
Can pets make you happy?