Are men more violent than women?

A Lack of Men 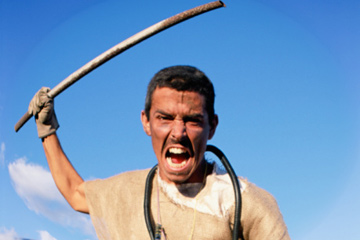 The statistics say men are more violent than women but what's the story behind the numbers?
Jupiterimages/Comstock/Thinkstock

Steven F. Messner and Robert J. Sampson decided to take a closer look at the numbers behind the statistics of violence. They approached the issue by testing a simple hypothesis: If men are more violent than women, we should see more acts of violence in communities that have a larger male population compared to a female population. But their findings proved differently.

Messner and Sampson discovered that the rate of violent crime was higher in communities that had more females than males. This meant a larger percentage of men in these communities committed acts of violence than men in communities with a more balanced ratio of men to women. Why would that be?

They suggested a few ideas that might explain this trend. One is that in communities that have more women than men, there are more cases of disruption in families. That means that there are more single-parent families -- usually families with no father. Messner and Sampson suggest that the lack of a stable family environment contributes to a culture of crime and violence, though they say that other factors are also important.

Dozens of experts in various disciplines are still trying to determine the root causes of violence among men and women. There may be some motivators that are specific to one gender. Or it could turn out that men and women both experience the same general feelings of aggression but culture and society have shaped our behaviors, leading to more men committing violent acts than women. But in the end, the numbers tell the story: Men are more violent.