Browse the article Why do we kill?

William Shakespeare's Hamlet proclaimed, "What a piece of work is a man, how noble in reason, how infinite in faculties, in form and moving how express and admirable, in action how like an angel, in apprehension how like a god!" Hamlet's point was that humans are a remarkable species -- though Hamlet himself has lost all appreciation for mankind. Humans have created phenomenal architectural structures ranging from pyramids to skyscrapers. We've explored the depths of the ocean and the surface of the moon. We've created works of art that can affect emotions and provoke thoughtful conversations.

Perhaps what makes us even more remarkable is that we have this seemingly infinite capacity to achieve great things, and yet our history is filled with violence toward one another. How can we dedicate countless hours to matters of art, science, and other sophisticated pursuits and still commit acts of murder or wage globe-spanning wars?

We have a tendency to think of ourselves as existing apart from other species. Humans have the ability to reason and pass down knowledge to future generations. This ability makes it seem like we base our actions mainly upon rationality. But how do we reconcile that with the act of eliminating other members of our own species?

It's a complex problem. Part of the answer may be that we're not as separate from other animals as we imagine. It's dangerous to ascribe traits to other species -- we run the risk of anthropomorphizing animals and assuming the reasons they behave a certain way are the same as our own. But in general, it seems that animal behavior is the product of instinct, emotion and reason. Some animals demonstrate a greater aptitude for reasoning than others. Humans are at the top of that list.

But that doesn't mean all our decisions are based upon cold, calculating rationality. Neuroscientist Antonio Damasio's research indicates that emotions play an important role in decision making. He conducted experiments with people who had suffered brain damage that affected the part of the brain that allows us to experience emotions. In his studies, Damasio found that the patients had trouble making choices. They could identify solutions to a problem but couldn't decide upon a specific course of action [source: Wrangham and Peterson].

Why is that important? It indicates that while we're not slaves to our emotions, they play an important part in how we behave. Next, we'll look at how genetics, the environment and our emotions can turn a person into a killer.

There's a branch of science called evolutionary biology that suggests many, if not most, of our behaviors come to us from our prehistoric ancestors. According to this line of thought, the reason we kill is because our ancestors killed. By killing, our ancestors removed rivals and ensured the survival of their offspring. In other words, we're violent because all the peaceful ancestors to humans were killed off by the violent ones. We've inherited our nature from our predecessors.

This view is by no means universal. Scientists from different disciplines have criticized evolutionary biology, saying that it oversimplifies human behavior and serves as a genetic excuse for bad behavior. While there is scientific consensus that the human brain is the product of evolution, there's a gap between those who think our brains are in Stone Age mode and those who say the brain is much more flexible than evolutionary biologists admit.

One counterargument to evolutionary biology states that our minds are adaptive and evolve far faster than evolutionary biology can explain. Differences in cultures around the world suggest there is no universal human nature -- the environment and our adaptation to it means that each culture has its own unique nature [source: Begley].

On a superficial level, it seems like the explanation for why we kill boils down to another nature-versus-nurture argument. The nature side suggests that we are inherently a violent species and it should come as no surprise that we sometimes kill one another. The nurture side says that we are an adaptive species and that our environments -- including everything from family structure to political influences -- shape our behaviors. The truth is probably that we're a product of both. Ignoring one set of influences while concentrating on the other is missing the story.

If we're the product of both inherited traits and environmental influences, what would give us the reason to kill? Many answers boil down to survival. In some cases, it's as simple as access to resources. Whether it's a conflict between two people or multiple nations, the reason to kill may be linked to the fact that one party wants what the other party possesses. That might motivate people to kill in order to take or protect those resources. The intellectual and emotional need for those resources is often greater than the reluctance to kill.

Not all violent conflicts are over resources, though. What else makes us kill?

In the United States, homicide statistics show that men commit more than 80 percent of all murders reported to the authorities [source: Bureau of Justice Statistics]. Are men genetically driven to be more violent than women? We don't have all the answers -- the reason may be more than a biological tendency. 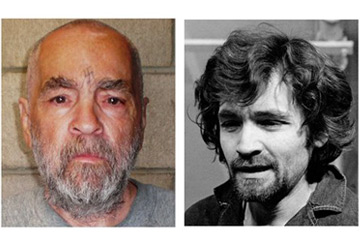 Learn more about violence and psychology by following the links on the next page.