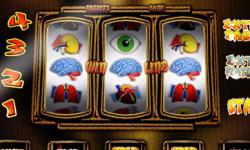 The brain is one of the most amazing organs in the human body. It controls our central nervous system, keeping us walking, talking, breathing and thinking. The brain is also incredibly complex, comprising around 100 billion neurons. There's so much going on with the brain that there are several different fields of medicine and science devoted to treating and studying it, including neurology, which treats physical disorders of the brain; psychology, which includes the study of behavior and mental processes; and psychiatry, which treats mental illnesses and disorders. Some aspects of each tend to overlap, and other fields cross into study of the brain as well.

These disciplines have been around in some form since ancient times, so you'd think that by now we'd know all there is to know about the brain. Nothing could be further from the truth. After thousands of years of studying and treating every aspect of it, there are still many facets of the brain that remain mysterious. And because the brain is so complex, we tend to simplify information about how it works in order to make it more understandable.

Both of these things put together have resulted in many myths about the brain. Most aren't completely off -- we just haven't quite heard the whole story. Let's look at 10 myths that have been circulating about the brain, starting with, of all things, its color.