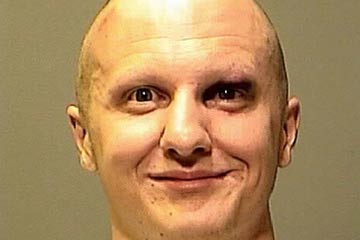 Does he look insane? Picture of Jared Lee Loughner after his arrest for the shooting spree in Tucson, Ariz.; U.S. Rep. Gabrielle Giffords was among the victims. Loughner, who was diagnosed with schizophrenia was sentenced to life without parole. See more criminal pictures.
Pima County Sheriff's Forensic Unit via Getty Images

Who among us hasn't said this in regard to the current price of college, the traffic at rush hour or your cousin's decision to quit her job and ride around the U.S. on her unicycle? But none of these items actually defines "insanity." (Well, maybe your cousin.)

To appreciate what insanity actually is, it's important to grasp what it isn't. Contrary to popular belief, insanity isn't defined as doing the same thing over and over and expecting a different result. And, while it is often used to describe certain states of mind, insanity is also not a medical condition. You won't find a diagnosis for insanity in the "Diagnostic and Statistical Manual of Mental Disorders" (DSM) published by the American Psychiatric Association. Instead, insanity is a legal term that refers to a criminal defendant's ability to distinguish right from wrong during the specific instance in which he allegedly committed a crime [source: Howes].

Many people may be familiar with the legal implications of an insanity plea as portrayed in various Hollywood courtroom dramas. Carl Lee Hailey's temporary insanity defense for shooting the two rednecks who raped his daughter in "A Time to Kill" comes to mind.

In real life, insanity as a criminal defense was established in 16th-century England. By the 1700s, courts considered an insanity plea using the "wild beast" test, where a person so deprived of understanding and memory of his actions so as to be "no more than an infant, a brute, or a wild beast" could be found not guilty of his crimes [source: PBS].

The focus of an insanity defense continues to be on a defendant's ability to understand the gravity of his actions in modern American jurisprudence. Courts in some states also look at the person's ability to control the impulse to do something he knows is illegal [sources: PBS, FindLaw].