People who constantly engage in self talk may think everyone does the same, but that's not true. Gerd Altmann/Pixabay

Have you ever thought about how you think?

Do you tell yourself, "Don't forget the milk" before you leave home and then when you get home without it at the end of the day, you say to yourself, "How could I've been so stupid?" Is there a constant "talking to self" throughout the day?

A lot of people use language-based chatter to organize and focus their thoughts. However, it turns out that some people don't have this kind of inner monologue at all. Instead, they may rely more on visualization (for instancing "seeing themselves" buying the milk at the store). Others employ a combination of these techniques.

People on both sides of this "inner monologue" divide have a hard time imagining another way of being – to the point that it sort of freaked everyone out during an online debate that went viral in February.

Russell Hurlburt is a psychology professor at the University of Nevada, Las Vegas. For decades, he's been doing experiments on people's inner experiences, their thoughts, feelings and sensations. Regarding the viral kerfuffle over the inner speech haves and have nots, he chuckles a bit and says he frequently hears people claim that they have an ever-present inner monologue – but his experiments show that this is not always true.

But rather than argue with them, he says, "Well, let's find out."

His tests began long ago. As a graduate student in the early '70s, he began wondering how scientists could investigate subjects' pristine inner experiences, experiences that are in your present consciousness, before your brain has tried to make sense of them or assigned them some sort of interpretation.

"The object of my research is not to explore inner speech or inner monologue or whatever you want to call it, but to explore your experience as it actually is," says Hurlburt.

He thought beepers of some kind might work, but back then, there were no cell phones or pagers. So, Hurlburt, who has an engineering background, designed and patented a device that beeped at irregular intervals. Each time the beeper went off, he asked subjects to make notes about their experiences in that moment.

As students went about their days, the beepers would go off at random times. They were instructed to try and clarify what was happening in their minds at that instant.

The beepers went off only a few times. This was intentional, so that the research subjects would forget that they had them (and thus, not contaminate their thinking processes with thoughts about the experiment).

Later, researchers asked the students questions to better understand how the students were thinking when the beepers sounded. Were they visualizing something? Experiencing a tactile sensation? Feeling an emotion? This line of inquiry is called Descriptive Experience Sampling (DES).

He says one key takeaway was that, "You can't expect a good answer on the first day." Essentially, it takes a day or two of DES training before people to find ways to focus on and express what they're experiencing in a given moment.

In his research, he found that most subjects struggled to articulate the way they were talking to themselves. When he asked them for the specific words or sentences, many came up blank.

"And in the course of doing that, you and I together I guess you would say, we decide, 'well, I thought I had inner speech, but I really don't.'"

Hurlburt has worked with other researchers, like Charles Fernyhough, to use DES questioning while subjects were inside MRI scanners. In a 2018 study of just five subjects, the scanner showed that the area of the brain associated with certain topics lit up when subjects said they were thinking about those things, providing a physical link to the abstractions of thoughts themselves.

Still, scientists are grappling with a lot of uncertainty.

What Causes an Inner Monologue?

Some research shows that people often use more inner verbalization when they're under pressure. Perhaps they're rehearsing answers to job interview questions. Or maybe they're athletes trying to focus.

Among people who do report inner monologue, they tend to perceive those voices as their own. That self-talk generally has a familiar pace and tone, although the exact voice might change depending on whether the current scenario is happy, scary, or relaxed. Sometimes they may use whole sentences. Other times they might rely on condensed wordplay that would be meaningless to anyone else.

But what causes inner speech? A researcher at the University of British Columbia, Mark Scott found that there is a brain signal called "corollary discharge" that helps us distinguish between sensory experiences we create internally versus those from outside stimuli – and this signal plays a big role in internal speech. It also plays a role in how our auditory systems process speech. When we speak, there is an internal copy of the sound of our voice generated at the same time as our speaking voice.

As for the online debate regarding inner monologue, Hurlburt understands that online commenters have taken strong positions on the matter. Some people simply can't imagine not having an inner voice; others are taken aback by the idea of constant internal chatter.

"Half of those people are probably right and half of them are not right about their own [inner monologue] characteristics." He says. "The main conclusions, are, I think that people don't know what's in their own experience." And, according to his experiments, "level of confidence is not a good predictor," of whether someone has an active inner monologue.

NOW THAT'S INTERESTING
An ongoing Massachusetts Institute of Technology project, called AlterEgo, has successfully demonstrated that a head-mounted gadget can "read" people's thoughts. The device interprets subtle neuromuscular signals that everyone produces when they internally verbalize certain phrases or words. Although it's still a prototype, it has an accuracy of more than 90 percent. 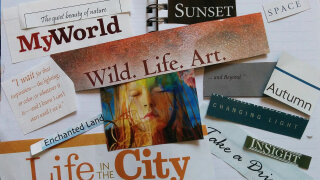 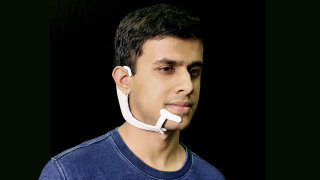 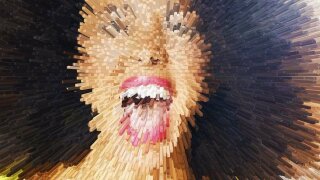 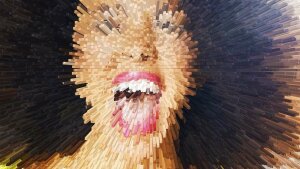