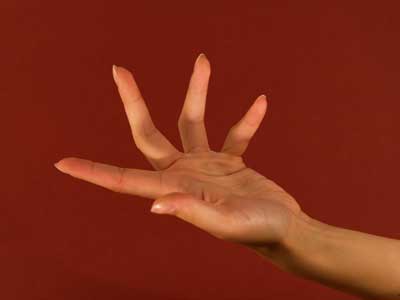 ­Bring up left-handedness in a conversation and the lefties in your midst will inevitably steer the discussion into all-too-familiar territory. Unless you happen to live in a culture where southpaws are still persecuted as witches, you'll quickly find them talking up just how freaking awesome they think they are.

Perhaps this brash pride stems from childhoods full of right-handed scissors and writing desks. Maybe it's all that elbow bumping with righties at the dining table. Whatever their reasons, give them enough time and they'll inevitably bring up some of the notable celebrities and historical figures who share their bizarre physical condition, everyone from Phil Collins to Charlemagne.

If you have to endure a rant from a left-handed sports fan, they'll probably rattle off such superstars as Arnold Palmer, Bobby Orr, John McEnroe and Oscar De La Hoya and Babe Ruth (although the Babe supposedly wrote right-handed). All told, the list of southpaw sports stars is actually pretty impressive, especially when you consider that lefties only account for roughly 10 percent of the human population -- a number that has remained steady for more than 10,000 years [source: Faurie and Raymond].

While the same can't be said for lefties, numbers don't lie. A disproportionately high percentage of left-handed athletes have long dominated the world of sports. So what gives? Do they really have something special going for them, or are cabals of devious lefties merely trying to spin a right-handed world in their favor?

In this article, we'll explore the impact that left-handedness has on the world of sports, as well as brutal hand-to-hand combat. We'll also look at the way in which similar examples of polymorphism, or genetic variation, are expressed in other organisms and how it affects the biggest game of all: survival of the fittest.

Just click on "Next Page," below to the right. We don't have to tell you which side of the computer your mouse is probably on.