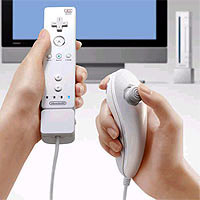 All those parents in the '70s and '80s who made their left-handed children struggle to use their right hands may be kicking themselves right about now. As it turns out, left-handers might have the advantage in certain areas like, say, piloting a jet fighter or talking and driving at the same time. A study published in the journal Neuropsychology in late 2006 suggests that left-handed people are faster at processing multiple stimuli than righties.

The research conducted at the Australian National University (ANU) seems to back up earlier studies showing that left- or right-handedness is determined in the womb and that many lefties process language using both hemispheres of the brain, as opposed to righties, who seem to use primarily the left hemisphere for this purpose.

The two hemispheres, or halves, of the brain are pretty much identical, and for the most part, they process the same information, with data passing back and forth between them primarily via one large neural pathway. However, certain tasks, like the language processing mentioned above, tend to take place in one hemisphere or the other. For most people, language processing happens in the left hemisphere. For left-handed people, it might actually take place in both hemispheres. Another area of specialization is that of sensory-data processing: Typically, data picked up on the right side of the body (the right eye, the right ear, etc.) goes to the left hemisphere for processing, and data picked up on the left side goes to the right hemisphere. In the end, the brain essentially combines the processing results from both hemispheres to come up with what we consciously see and hear.

The research adds to the slowly growing body of work supporting the hypothesis that people who favor their left hand for writing probably have brains that are more conducive to simultaneous, bi-hemisphere processing of information. The ANU researchers set up tests intended specifically to test the speed of information flow between the two sides of the brain. There were 80 right-handers and 20 left-handers involved in the study. In one test, a computer would show a single dot either to the left or to the right of a dividing line, and the subjects had to press a button to indicate which side the dot showed up on. The left-handed subjects were faster overall at this task. In another test, subjects had to match up multiple letters that appeared in some cases on either side of the line and in other cases on just one side of the line. In this test, the left-handed subjects were faster at matching letters that appeared on both sides of the line, while the right-handed subjects were quicker at matching up letters that appeared on only one side of the line. This latter observation could indicate that righties are faster than lefties at processing stimuli that targets only one hemisphere of the brain.

According to lead researcher Dr. Nick Cherbuin in an interview with AM ABC, the results support the anatomical observation that the major "connection between the left brain and the right brain" is "somewhat larger and better connected in left-handers."

­ So what does this mean? It could mean that left-handers have a slight advantage in sports, gaming and other activities in which players face large volumes of stimuli being thrown at them simultaneously or in quick succession. Theoretically, they could more easily use both hemispheres of the brain to manage th­at stimuli, resulting in faster overall processing and response time. It could also mean that when one hemisphere of the brain got overloaded and started to slow down, the other hemisphere could more easily pick up the slack without missing a beat. Experts also theorize that left-handed people could fare better mentally as they move into old age and overall brain processing starts to slow down: With a greater ability for one brain hemisphere to quickly back up the tasks of the other, left-handed seniors could retain mental quickness longer than their right-handed counterparts.

­For more information on handedness, brain specialization and related topics, check out the related links on the next page.

Can you catch a sneeze like you can a yawn?
How do we measure pain?
Try These 5 Daily Habits to Improve Your Life This Year