In 1988, hip-hop artists DJ Jazzy Jeff and the Fresh Prince sent out a message of solidarity and support to all teenagers who felt misunderstood. Over a hypnotic and funky beat, Will Smith reminded us that sometimes, parents just don't understand. The message, according to the duo, was universal to teens all over the land, and indeed, it might be hard for teenagers not to glimpse a little bit of themselves in the tragic tales the Fresh Prince told. Who, for example, hasn't felt the frustration of asking a parent for an awesome pair of shoes, only to end up with a low-class knockoff? And most kids have at least toyed with the idea of "borrowing" the family Porsche to impress the opposite sex.

As the Fresh Prince spins his heartbreaking tales of not being able to do what he wants, even if he knows that it might be a mistake, some adults in the crowd may be rolling their eyes. It's just not practical for teenagers to drop so much dough on a back-to-school wardrobe, and it's certainly not a good idea for unlicensed drivers to borrow a sports car, pick up a 12-year-old runaway and get stopped by the police, as the Fresh Prince did. No one wants to be the parent of a thug or a rebel without a cause. It's hard enough accepting that your child is an outcast member of the breakfast club.

Until recently, DJ Jazzy Jeff and the Fresh Prince could have also opined that scientists just don't understand either. Scientists have traditionally thought that a person's brain growth was complete and the structure was more or less fixed by the age of 3. Sure, connections between neurons were rewired as children went off to school and acquired information, but scientists believed the blueprint for the brain was set.

However, with the use of magnetic resonance imaging, or MRI, scientists have been able to look inside the brain, and it seems that changing voices, body hair and awkwardness around the opposite sex are not the only big changes occurring in the teenage years. The brain appears to undergo a growth spurt of its own, and this changing brain may in part explain why teenagers turn into a walking army of emotional loose cannons. On the next page, we'll take a look at just what's going on in the mysterious brain of a teenager.

In adults, various parts of the brain work together to evaluate choices, make decisions and act accordingly in each situation. The teenage brain doesn't appear to work like this. For comparison's sake, think of the teenage brain as an entertainment center that hasn't been fully hooked up. There are loose wires, so that the speaker system isn't working with the DVD player, which in turn hasn't been formatted to work with the television yet. And to top it all off, the remote control hasn't even arrived!

The brain's remote control is the prefrontal cortex, a section of the brain that weighs outcomes, forms judgments and controls impulses and emotions. This section of the brain also helps people understand one another. If you were to walk into a sports bar full of Lakers fans wearing a Celtics jersey, your prefrontal cortex would immediately begin firing in warning; those teams are bitter enemies, and it might serve you to change your behavior (and your clothes). The prefrontal cortex communicates with the other sections of the brain through connections called synapses. These are like the wires of the entertainment system.

What scientists have found is that teenagers experience a wealth of growth in synapses during adolescence. But if you've ever hooked up an entertainment center, you know that more wires means more problems. You tend to keep the components you use the most, while getting rid of something superfluous, like an out-of-date laserdisc player. The brain works the same way, because it starts pruning away the synapses that it doesn't need in order to make the remaining ones much more efficient in communicating. In teenagers, it seems that this process starts in the back of the brain and moves forward, so that the prefrontal cortex, that vital center of control, is the last to be trimmed. As the connections are trimmed down, an insulating substance called myelin coats the synapses to protect them.

As such, the prefrontal cortex is a little immature in teenagers as compared to adults; it may not fully develop until your mid-20s [source: Kotulak]. And if you don't have a remote control to call the shots in the brain, using the other brain structures can become more difficult. Imaging studies have shown that most of the mental energy that teenagers use in making decisions is located in the back of the brain, whereas adults do most of their processing in the frontal lobe [source: Wallis]. When teenagers do use the frontal lobe, it seems they overdo it, calling upon much more of the brain to get the job done than adults would [source: Powell]. And because adults have already refined those communicating synapses, they can make decisions more quickly.

Adult brains are also better wired to notice errors in decision-making. While adults performed tasks that required the quick response of pushing buttons, their brains sent out a signal when a hasty mistake was made. Before 80 milliseconds had passed, adult brains had noticed the blunder, but teenage brains didn't notice any slip-up [source: Monastersky].

An area of the teenager's brain that is fairly well-developed early on, though, is the nucleus accumbens, or the area of the brain that seeks pleasure and reward. In imaging studies that compared brain activity when the subject received a small, medium or large reward, teenagers exhibited exaggerated responses to medium and large rewards compared to children and adults [source: Powell]. When presented with a small reward, the teenagers' brains hardly fired at all in comparison to adults and children.

So what does it mean to have an undeveloped prefrontal cortex in conjunction with a strong desire for reward? As it happens, this combination could explain a lot of stereotypical teenage behavior.

Hormones bear the brunt for much of what goes wrong in adolescence. Teenagers can seem like emotional time bombs, apt to explode at any minute into tears or rage. They engage in rebellious and risky behaviors, and it seems like they're always in trouble. But what these imaging studies show is that the brain may be behind much of this behavior.

First, let's consider the prefrontal cortex, particularly how it can aid people in understanding each other. We began this article with a song called "Parents Just Don't Understand," but as it turns out, teenagers don't understand well, either. While the Fresh Prince feels that his mother doesn't understand that the other kids will mock him for wearing outdated styles, he doesn't seem to fully listen when his mother explains her reasoning that school is not about showing off designer duds. Part of communicating with teenagers may require the insight that they're not necessarily hearing what you say.

­But it's the combination of that prefrontal cortex and a heightened need for reward that drives some of the most frustrating teenage behavior. For most adults, climbing hotel balconies or skateboarding off roofs of houses sound like awful ideas. Their prefrontal cortex curbs any impulse to do so, because the possible negative outcomes outweigh any potential thrill. But teenagers may try these things because they're seeking a buzz to satisfy that reward center, while their prefrontal cortex can't register all the risks these actions entail.

This behavior is evident on a much smaller scale as well; when a teenager goes to the mall to watch a movie but comes back with an iPod, then the prefrontal cortex didn't curb the impulse buy. If a teenager spends an hour on the Internet instead of focusing on homework, it's because the teenage brain doesn't register delayed gratification. Even though the teenager can vaguely register that there will be parental punishment later on, the appeal of fun now is too strong.

To some extent, risk taking may be an evolutionary necessity; otherwise, the teenager would spend his whole life in the basement listening to whatever noise those crazy kids call music these days. To leave the nest, you have to get comfortable taking a few chances. But not being able to reign in thrill-seeking impulses can have devastating effects, particularly when alcohol, nicotine and drugs enter the picture. This is also around the time when teenagers get behind the wheel of a car for the first time, as well as when they might be engaging in sexual behaviors.

Studies have shown that teenagers are more likely to become addicted to alcohol and drugs [source: Hotz]. In that developing prefrontal cortex, synapses are selected based on whether they're used or not, so behaviors that shape the brain are more likely to be maintained if started at this age. The brain is acting a bit like a sponge; it can soak up new information and change to make room for it, a concept known as plasticity.

But the teenage years don't have to be all doom and gloom -- plasticity can also help teens pick up new skills. The teen years may be the time when potential poets start scribbling furiously in notebooks and future hoops heroes start really hitting their shots. Before the brain is fully molded is a great time to take up the guitar or learn a new language. Not that teenagers will listen if you tell them this. But just knowing that the teenage brain needs more time and experience to develop may help both parent and child survive adolescence. After all, the Fresh Prince seems to be doing pretty well these days.

Not everyone believes the teenage brain is different. One psychologist claims that this argument is extremely American-focused, and other cultures don't associate adolescence with a period of extreme angst [source: Sabbagh]. This suggests that teenage torment is a social influence. In other cultures, though, teenagers spend more time with adults, so they may have more opportunities to learn how to make thoughtful decisions. 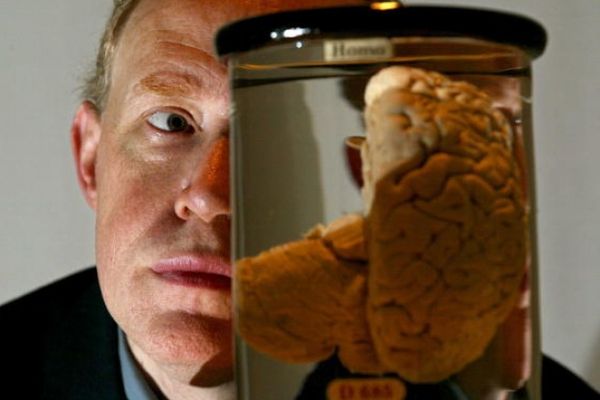 You May Like
Why are people's brains different sizes?
Explore More