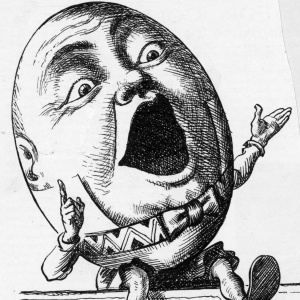 "Let it go, let it go. And I'll rise like the break of dawn. Let it go, let it go. That perfect girl is gone." Even if you weren't swept up in the craze that followed Disney's movie "Frozen," chances are you heard someone belting out that signature tune at some point. You may even have caught yourself humming along.

Like song lyrics, rhymes are so easily recalled that they stick with us. In fact, rhyming can be an important technique to help us remember things. It all has to do with mnemonics, tools that can be used to improve and assist human memory. The term "mnemonic" is derived from the Greek word for memory; it's also thought to be related to Mnemosyne, a Greek goddess whose name means "remembrance."

A number of popular mnemonic devices exist, including the method of loci, a technique in which you associate the new with the familiar as a way of remembering novel things. People also rely on acronyms, or using the first letter of each word in a phrase. Then there's chunking -- a way to memorize numbers or phrases by breaking them into manageable pieces. Social Security numbers and telephone numbers are organized this way to make them easier to recall [source: Psych Central].

But rhymes are one of the simplest ways to boost memory. The end of each line ends in a similar sound, creating a singsong pattern that is easier to remember. Take this age-old rhyme memorized by schoolchildren for instance: "In fourteen hundred and ninety-two, Columbus sailed the ocean blue." By rhyming information, our brains can encode it more easily. This is known as "acoustic encoding" and refers to the ability to remember and understand something learned through hearing. When we see a rhyme, we break the words into phonemes -- the first step in decoding a word. Essentially, we use rhymes to understand and remember a word's sound structure [sources: Psych Central, Kolata].

Committing things to memory through rhyming is an age-old tradition, one that began with oral tales and wisdom passed down through generations. To keep it memorable, they often included rhyming patterns linked with visual images. For example, "One if by land, two if by sea, and I on the opposite shore will be" are the most remembered lines from Henry Wadsworth Longfellow's "Paul Revere's Ride," a poem about an important figure in the American Revolutionary War [source: BUGHC]. This tool continues to be effective. For example, "leaves of three, let it be" is often taught to children to help them avoid coming into contact with poison ivy [source: Indiana DNR].

In his 1995 book "Memory in Oral Traditions," cognitive scientist David Rubin revealed that when a ballad used two words that rhymed, college students could remember them far better than they could non-rhyming words. It's believed to be so effective because our brains can more deeply process, and therefore remember, the information [source: Paul].

Research Confirms It: We Really Are Getting Dumber
Forgetting Isn't Always Bad — It Helps Us Make Better Decisions
These 8 Pictures of Puppies Can Help You Focus, Melt Your Heart