The red planet is an interesting place, but you wouldn't want to live there.

In fact, you couldn't. Temperatures can fluctuate wildly — a summer's day at the Martian equator might reach 70 degrees Fahrenheit (21 degrees C), but that night it could drop to minus 100 degrees F (minus 38 degrees C). The atmosphere is thin and consists mainly of carbon dioxide. And radiation from space bombards the surface, unhindered by a thick atmosphere or a strong magnetic field. That radiation is partially responsible for stripping away the atmosphere on Mars.

Some NASA scientists propose we fix that last issue by creating a magnetic field for Mars. On Earth, we have a strong magnetic field. That's probably due to the planet's molten outer iron core. The molten iron swirls around a superheated solid iron core inside Earth, partly stirred by the Coriolis effect from Earth's rotation. This could be the source of the magnetosphere, which acts almost like a force field against many types of radiation.

Mars doesn't have a magnetosphere on the magnitude of Earth's, though, as Emily Lakdawalla writes for Planetary Society, evidence suggests this was not always the case. Recently, scientists gathering at the Planetary Science Vision 2050 Workshop suggested some ways we might reintroduce a much stronger magnetic field to Mars.

According to NASA Planetary Science Division Director Dr. Jim Green and his colleagues, we might be able to restore a magnetic field around Mars by deploying an inflated structure at a specific orbit around Mars. The structure would maintain a relative position between Mars and the sun. Powerful magnets on the structure would redirect solar radiation away from the planet. It would be like a giant umbrella, only instead of keeping the rain off it blocks incoming radiation. Here's a link to the PDF where Green and his colleagues sketched out the problem and their potential solution.

Could it work? That's hard to say. Dr. Green is quick to acknowledge that many scientists may feel his idea is "fanciful." But if we could get it to work, it could mean the atmosphere around Mars could stabilize. The planet might start to heat up, allowing liquid water to flow on its surface. And perhaps given enough time we could terraform the planet so that Earth life-forms could live there without the need for pressurized, oxygenated habitats.

How does that sound, Elon Musk?

Why We Use the Suffix '-Gate' for Scandals (And Can We Please Stop?) 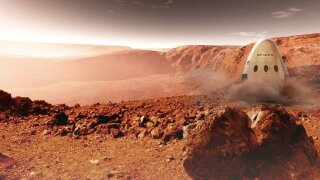 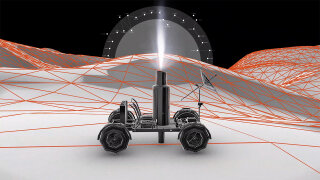 Fw:Thinking Video: Could We Use Terraforming to Colonize Mars? 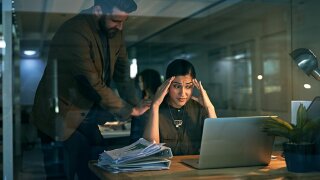