by Patrick J. Kiger Feb 27, 2017
A laptop crash is the worst. Try looking to the stars next time it happens, though, and maybe don't blame the manufacturer. Peopleimages/Getty Images

When your smartphone suddenly freezes, or your laptop displays the feared Blue Screen of Death, it's tempting to curse out the gadget's manufacturer, or wonder if you somehow messed up the operating system with your own ineptitude. But chill. It may well be that cosmic rays from outer space are to blame.

You might think that sounds crazy, since odds are you haven't left the confines of our planet recently. But even so, your gadgets are vulnerable to energized subatomic particles given off by the sun and more distant stars which are continually bombarding Earth. Though our atmosphere gives us some degree of protection, some particles still manage to get through that filter, then wreak havoc with electronics by altering individual bits of data storied in the memories of devices. This can result in a malfunction called a single-event upset (SEU). And according to researchers from Vanderbilt University who study the problem, our increasing reliance upon electronic gadgets and recent generations of smaller, more efficient computer chips make us more vulnerable than ever to cosmic ray disruptions.

"It is very difficult to convince a lay person that an alien particle from outer space is causing his cellphone to suddenly need a restart, or his laptop needs a reboot," says Bharat Bhuva, an electrical and computer engineering professor at Vanderbilt University and member of that school's Radiation Effects Research Group, via email. "Most people blame it on software or hardware glitch, which is probably true in most cases, but the number of particles on the earth's surface and the number of electronic devices currently in use make the probability of an SEU higher than before."

Bhuva, who recently participated in a panel discussion on cosmic rays and electronics malfunctions at the annual meeting of the American Association for the Advancement of Science in Boston, said that SEUs are mostly just an inconvenience for ordinary people, since they don't cause any permanent damage and a reboot usually fixes the problems. But for electronics whose uninterrupted performance is critical — such as electronic controls in utility plants, the financial system's computer networks, and lifesaving medical devices — it's a more worrisome problem.

SEUs in aircraft electronic systems present an even scarier risk. In 2008 a passenger jet flying from Singapore to Australia appeared to suffer an SEU that caused the autopilot to disengage, sending the plane into a steep dive and injuring 119 passengers.

It's even possible that cosmic rays could cause problems with an election. Bhuva's team cites the case of the 2003 local election in Schaerbeek, Belgium, in which an SEU in an electronic voting machine gave one candidate 4,096 additional votes.

One of the befuddling things about cosmic ray-induced SEUs is that afterward, it's difficult to pinpoint that the particles actually caused the malfunction. Instead, researchers use simulations to predict how many such mishaps will occur over time. The Vanderbilt researchers, for example, recently conducted a study at Los Alamos National Laboratory in which they exposed computer chips to a neutron beam to reproduce the same effect that cosmic rays might cause.

But in a world where everything from refrigerators to cars is increasingly connected to the Internet of Things, we're continually adding to our vulnerability to cosmic ray bombardment. "The problem will increase with IoT because of the number of devices in use," says Bhuva. "SEU is a matter of probabilities. With higher number of devices in use, the probability that one of them will experience an SEU at any given moment increases."

So what's the answer? Fortunately, it's possible to design computer chips and circuitry to have redundancies that reduce the risk of SEUs causing a disruption, and those features already are showing up in high-end critical systems. But it's harder to protect consumer electronics.

"It costs performance — speed, power and area — to make circuits less vulnerable to SEU," says Bhuva. "Designers have to balance such performance cost to reliability. One can make the cellphone very robust against SEU, but it will take more power resulting in lower battery performance — or more frequent charging."

Until someone comes up with a better way to protect consumer gadgets from cosmic rays, cell phone glitches and blue screens on laptops are probably something that we'll just have to put up with. But at least we have a possible explanation for them, and cursing the heavens won't feel so off the mark.

Now That's Interesting
Decaying radioactive materials inside laptops, phones and other electronic devices, such as packaging material for integrated circuits that emits alpha particles, can also cause an SEU, Bhuva says.

When, and Why, Did America Start Calling Its Citizens 'Consumers'?

Being a Tattoo Artist Is a Pain in the Neck — Literally 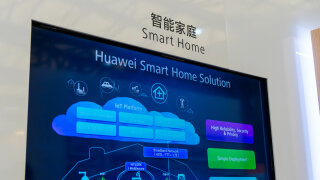 How the Internet of Things Works 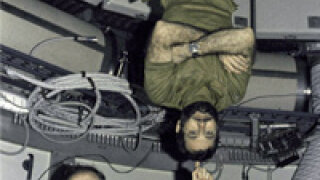