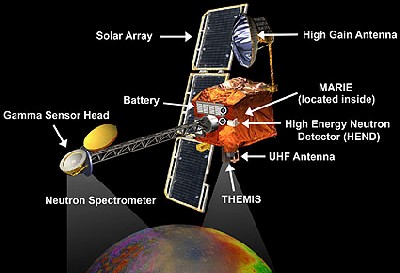 Is there or is there not water on Mars? There have been reports that have backed up both sides of the debate. Here are just a few of the articles written on the subject:

This type of interplanetary probe is amazing in how it retrieves data and relays that information millions of miles back to Earth.

The Mars Odyssey Orbiter is equipped with three scientific instruments that it uses to explore the Martian surface and atmosphere. Let's take a look at each of these: