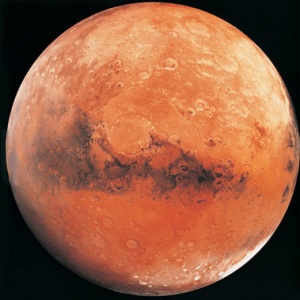 Mars has fascinated us for millennia. Almost from the time astronomers first turned their telescopes on the planet shining in the night sky, we've imagined life there. Unlike our other planetary neighbor, Venus, which remains shrouded in cloudy mystery, the red planet has invited speculation and exploration. Since the 1960s, the U.S. and the Soviet Union and, later, Russia and Japan, have launched spacecraft destined to land on or orbit Mars.

The successful missions, like the very first Mars flyby in 1964 by the U.S. Mariner 4, have provided a treasure trove of data and, of course, introduced many new questions. Recently, those data, provided compliments of spacecraft such as the Phoenix Mars Lander, the Curiosity rover, and the Mars Reconnaissance Orbiter, have been arriving at Earth at a dizzying rate. It seems like a golden age for Mars exploration has arrived.

Here's what we've learned about the fourth planet from the sun while orbiting it, landing on it and sampling its contents: It's cold, dusty and dry, but that probably wasn't always the case. Ample data seem to point toward liquid water rushing over its surface in the form of lakes, rivers and an ocean at some undetermined point in the past. Traces of methane have been detected in the atmosphere, but its source is unknown. On Earth, much of the methane is produced by living organisms, like cows, which could bode well for the possibility of life on Mars. On the other hand, the gas could also have nonbiological origins, such as the Martian volcanoes.

One thing we do know: Humans won't be walking on Mars anytime soon. All manner of robots will have cruised its dusty surface long before we do. The next best thing to exploring Mars is reading about it, right? So get ready to launch into the fascinating world of the red planet. How did it form? What's the weather like? And most important, has water or life ever existed on Mars? 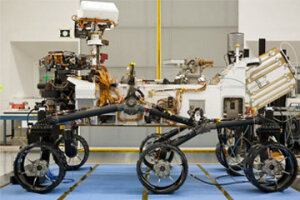