by Jesslyn Shields Sep 5, 2017
A new interpretation suggests that the Mesopotamian artifact known as Plimpton 322 may point toward ancient knowledge of trigonometric principles. UNSW

Say you lived 3,700 years ago in the ancient city of Babylon. And say you're feeling industrious, so you decide to build a terraced ziggurat with a whole lot of complex ramps and terraces and staircases. No problem! All you'd have to do is find the ratio of the sides of some right triangles in relation to each other — oh, but wait. That would actually be really hard to do because the ancient Babylonians didn't have trigonometry (basically, the study of triangles). In fact, trigonometry wasn't invented until the ancient Greeks figured it all out 1,000 years late—

Hm. Well, thanks to a new interpretation of an ancient tablets, the ancient Babylonians may have known trigonometry after all. Maybe.

A new study published in the journal Historia Mathematica finds that a small clay tablet called Plimpton 322 might actually be a trigonometric table — a tool that allows you to use a single known ratio of the sides of a right-angle triangle to figure out the other two ratios. Based on the type of cuneiform script used on the tablet, Plimpton 322, discovered in the 1920s in southern Iraq, is suspected to have been written sometime between 1822 and 1762 B.C.E.

For more than 70 years, researchers thought the slab — 5 inches wide and 3.5 inches tall (13 centimeters wide and 9 centimeters tall), and containing a table with four columns and 15 rows — displayed lists of Pythagorean triples. Those are sets of whole numbers that fit the equation that says the square of the hypotenuse of a right triangle will equal the sum of the square of the other two sides. (You remember the Pythagorean theorem, right? a2 + b2 = c2) The problem is, nobody knew why these people would have gone through the trouble of writing these down.

Daniel Mansfield, a mathematician in the School of Mathematics and Statistics at the University of New South Wales in Sydney, Australia, stumbled upon Plimpton 322 while trying to dig up some examples of ancient mathematics to use in a first year math class. Looking over the tablet, he decided something was missing from the explanation that the tablet was just a list of Pythagorean triples — he and co-author Norman Wildburger were sure this was trigonometry.

"Our research reveals that Plimpton 322 describes the shapes of right-angle triangles using a novel kind of trigonometry based on ratios, not angles and circles. It is a fascinating mathematical work that demonstrates undoubted genius," said Mansfield in a press release. "The tablet not only contains the world's oldest trigonometric table; it is also the only completely accurate trigonometric table, because of the very different Babylonian approach to arithmetic and geometry."

Studying how trigonometry was done a thousand years before trigonometry was "invented" by the Greek astronomer Hipparchus has the potential to open new doors for math research and education. It might be that their method for trigonometry was superior to our own in some ways. And interestingly, the ancient scribes of Plimpton 322 seem to have used a base 60 system for arithmetic, like our time clock, rather than the base 10 number system we use today.

"With Plimpton 322 we see a simpler, more accurate trigonometry that has clear advantages over our own," said Mansfield. " "A treasure-trove of Babylonian tablets exists, but only a fraction of them have been studied yet. The mathematical world is only waking up to the fact that this ancient but very sophisticated mathematical culture has much to teach us."

However, not everyone is convinced that this interpretation of Plimpton 322 is accurate. Math and science writer Evelyn Lamb, for instance, sees it as colored by a desire to justify "rational trigonometry," which in her Scientific American math column Roots of Unity she calls a pet theory of Wildburger's, and one not readily accepted by the mathematics community.

"[Plimpton 322] demonstrates differences in the way different cultures have done mathematics and outstanding computational facility," she writes. "It has raised questions about how ancient Mesopotamians approached calculation and geometry. But using it to sell a questionable pet theory won't get us any closer to the answers.

And Eleanor Robson, a Mesopotamia expert who in the 1990s proposed in a paper Words and Pictures: New Light on Plimpton 322 that the tablet was a sort of teacher's guide, also finds flaws in the new interpretation.

Despite Benefits to Teens, Half of Parents Oppose Later School Start Times 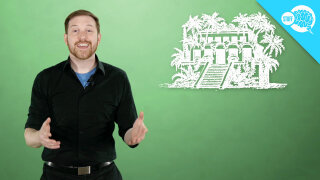 BrainStuff: Why Are There 60 Minutes In An Hour Instead Of 100? 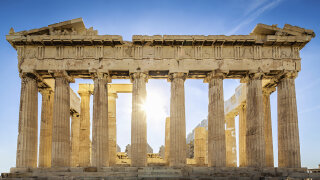