While Edward Lorenz quietly studied the weather in Massachusetts, an Australian-born scientist named Robert May was trying to crack the code of a different field -- population biology. May wasn't a typical biologist, roaming fields and forests to catalog living things. Instead, he used mathematical techniques to model how animal populations might change over time given a certain set of starting conditions. His work led him to a useful formula, known as the logistic difference equation, that enabled him to predict animal populations reasonably well. The equation looked like this:

where r equals the driving parameter, the factor that causes the population to change, and xn represents the population of the species. To use the equation, you start with a fixed value of r and an initial value of x. Then you run the equation iteratively to obtain values of x1, x2, x3, all the way to xn.

May consulted with James Yorke, a friend and professor of mathematics at the University of Maryland. At about the same time, Yorke had seen Lorenz's paper in the Journal of the Atmospheric Sciences and believed that there might be a connection between weather and changing animal populations. He took the logistic difference equation and ran it through its paces.

He started with low values of r, just as May had, then he kept going higher and higher. As long as r remained below 3.0, xn converged to a single value. But when he set r equal to 3.0, xn oscillated between two values. On a map or diagram, this appeared as a single line dividing into two branches -- a bifurcation. Yorke kept taking the value of r even higher. As he did, xn experienced additional bifurcations, oscillating between four values, then eight, then 16. When the driving parameter equaled 3.569945672, xn neither converged nor oscillated -- it became completely random. And when r hit values greater than 3.569945672, xn exhibited complete randomness punctuated by "windows" of stability.

In 1975, Yorke and co-author T.Y. Li summarized their findings in "Period Three Implies Chaos," a landmark paper that introduced the world to the term "chaos" and "chaotic" behavior. As he stepped through the math of the logistic difference equation, he reaffirmed what Poincaré and Lorenz had already discovered -- that even simple systems governed by relatively simple equations could produce extraordinarily complex, unpredictable behavior. But he also caught a glimpse of order in his bifurcation diagrams. When he examined them closely, he could see patterns and repeatability. Other scientists of the day, such as Benoît Mandelbrot, were seeing similar things. 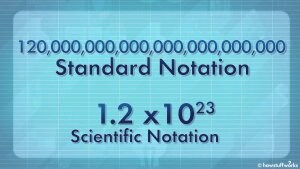