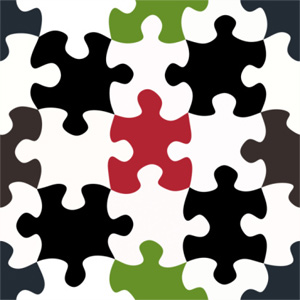 A jigsaw puzzle offers an easy visual of a tessellation we might commonly encounter.
Hemera/Thinkstock

We study mathematics for its beauty, its elegance and its capacity to codify the patterns woven into the fabric of the universe. Within its figures and formulas, the secular perceive order and the religious catch distant echoes of the language of creation. Mathematics achieves the sublime; sometimes, as with tessellations, it rises to art.

Tessellations -- gapless mosaics of defined shapes -- belong to a breed of ratios, constants and patterns that recur throughout architecture, reveal themselves under microscopes and radiate from every honeycomb and sunflower. Pick apart any number of equations in geometry, physics, probability and statistics, even geomorphology and chaos theory, and you'll find pi (π) situated like a cornerstone. Euler's number (e) rears its head repeatedly in calculus, radioactive decay calculations, compound interest formulas and certain odd cases of probability. The golden ratio (φ) formed the basis of art, design, architecture and music long before people discovered it also defined natural arrangements of leaves and stems, bones, arteries and sunflowers, or matched the clock cycle of brain waves [sources: Padovan, Weiss, Roopun]. It even bears a relationship to another perennial pattern favorite, the Fibonacci sequence, which produces its own unique tiling progression.

Science, nature and art also bubble over with tessellations. Like π, e and φ, examples of these repeating patterns surround us every day, from mundane sidewalks, wallpapers, jigsaw puzzles and tiled floors to the grand art of Dutch graphic artist M.C. Escher, or the breathtaking tile work of the 14th century Moorish fortification, the Alhambra, in Granada, Spain. In fact, the word "tessellation" derives from tessella, the diminutive form of the Latin word tessera, an individual, typically square, tile in a mosaic. Tessera in turn may arise from the Greek word tessares, meaning four.

Mathematics, science and nature depend upon useful patterns like these, whatever their meaning. Beyond the transcendent beauty of a mosaic or engraving, tessellations find applications throughout mathematics, astronomy, biology, botany, ecology, computer graphics, materials science and a variety of simulations, including road systems.

In this article, we'll show you what these mathematical mosaics are, what kinds of symmetry they can possess and which special tessellations mathematicians and scientists keep in their toolbox of problem-solving tricks.

First, let's look at how to build a tessellation. 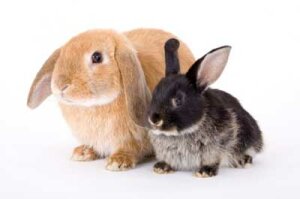 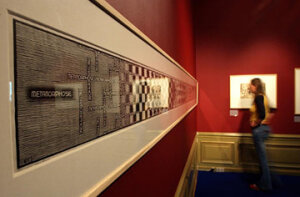