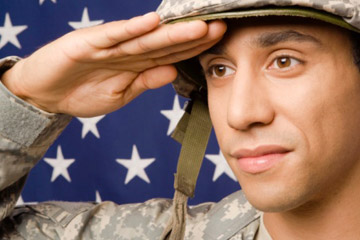 Intelligence analysts gain insight about the enemy so the U.S. can be more effective on the battlefield.
©Getty Images/Jupiterimages/Creatas/Thinkstock

For as long as America has had soldiers, its army has been scrutinizing information about its enemies to gain an advantage on the battlefield. George Washington advised his commanders to maintain logs of intelligence on British forces detailing the sizes of their regiments, arms and food supplies among other things [source: Central Intelligence Agency].

Weapons have changed since the Revolutionary War, but the role of the Army intelligence analyst remains no less important. Essentially, the intelligence analyst is a soldier who compiles timely facts about an enemy from as many sources as possible, interprets the information and relays that analysis to commanding officers to help them determine strategy on the battlefield [source: U.S. Army]. The role is like an assistant coach on a football team who pores through film and scouting reports to prepare a strategy for an upcoming game. In the war in Iraq, intelligence analysts organized data about the date, time and nature of insurgent attacks on military convoys, which led analysts to make educated guesses on future attacks, as well as determine the specific insurgent groups conducting them [source: Meeks and Brundige].

Intelligence analysts don't make restrictive predictions on what will happen in a particular combat scenario. Instead, they examine all available sources of information -- which could include weather conditions, intercepted enemy communications and facts acquired from interrogations and interviews -- place the information into context and provide their commanders with a full scope of threats and potential courses of action to help them make informed decisions. Useful intelligence exploits enemy weaknesses using immediately available forces and can save lives [source: House].

Let's take a closer look at what intelligence analysts do and what they need to know. We'll also learn about a few of the jobs that require similar skills.