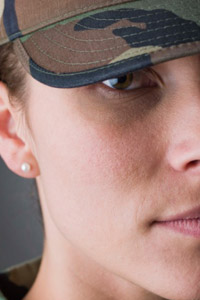 Conducting interrogations is part of the job.
©Getty Images/Jupiterimages/Comstock/Thinkstock

The intelligence analyst, which the Army designates as Military Occupational Specialty 35F, is responsible for processing incoming reports and messages, determining the accuracy and credibility of the intelligence, organizing records and files, and conducting intelligence preparation of the battlefield -- the continual analysis of threats, the terrain and the environment on the battlefield [source: GoArmy.com]. Intelligence analysts identify threats, potential targets and social elements that might affect an operation, and they distribute their findings manually and electronically to commanding officers. In addition to these duties, intelligence analysts also perform fundamental tasks like guard duty, administrative work and all of the other basics required of soldiers [source: Linton].

Within the Army, several jobs require skill sets similar to that of the intelligence analyst.

The Army is one of 17 member agencies in the United States intelligence community, which also includes the Central Intelligence Agency, the Department of Homeland Security, as well as other military branches [source: Office of the Director of National Intelligence]. The skills and experience acquired by Army intelligence analysts make them natural candidates for positions within these agencies. Civilian jobs for former intelligence analysts could include database administrators, detectives, business planners and other occupations that require creative thinking to draw conclusions from a set of facts.

Next, some things to keep in mind if you want to pursue a career as an Army intelligence analyst.